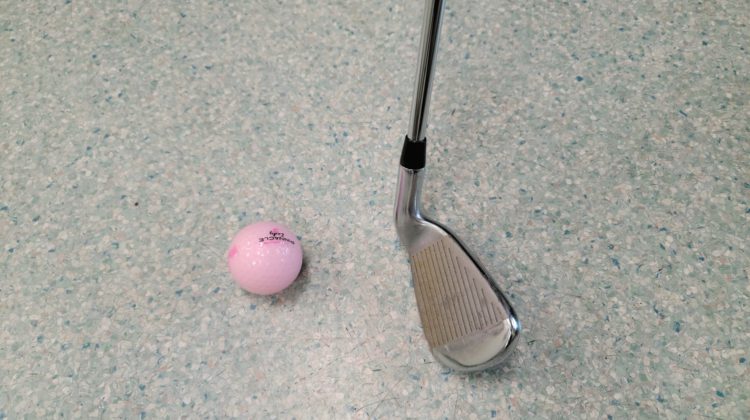 The countdown is on to the helicopter ball drop. [Photo: Gerry Lampow 106.1 The Goat/Vista Radio]

Dropping 250 golf balls from a helicopter on September 25 is the fun aspect of celebrating the 30th Anniversary of Rolling Greens Fairways.

The Synergy Aviation helicopter is rising to the challenge of this event with proceeds going to the Goat’s Christmas Wish and as well Lloydminster Minor Hockey.

Each ball purchased grows the jackpot. If the contest sells out, the closest of the 250 balls to the pin when the dust settles wins $5,000.

GM Dean Stark who came on board just before the pandemic restrictions kicked in last year is navigating the hurdles the non-profit has faced. He is grateful for all the support as they try to keep the program affordable for the families of young hockey players.

He says it takes a whole city to make their program work. On average they help out about 1000 kids, but he adds numbers are down by about 10 per cent, so there is room for kids to apply especially in the U7 and U9 categories and there are no late fees for new players.

Stark says Lloydminster Minor Hockey is thrilled to be involved in the golf ball drop celebration.

“Rolling Greens approached us and asked if we could partner up with them. Really our involvement with that is to secure the raffle license and get the event raffle license number through AGLC. Rolling Greens is looking after organizing the event itself for their 30th anniversary. We are just supporting them as a partner and we are going to benefit from some of the proceeds.”

Residents are urged to get in on the action via this link on the Rolling Greens website.