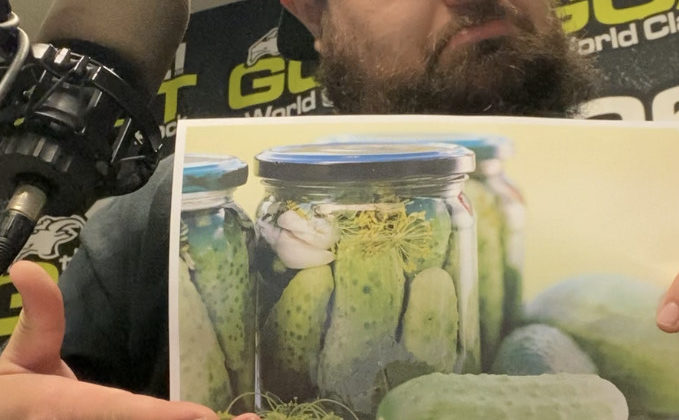 If you've ever noticed how similar cucumbers and pickles are...there's a very logical explanation.

I aim to teach you mundane/unremarkable things POORLY because a day you don’t learn is a day WASTED!

For Example:  PICKLES are just dried up CUCUMBERS…HOW?!

The answer lies in cucumbers being well…PICKLED…

Cucumbers are left to soak up brine, vinegar and other solutions that I don’t care to ask about.

So there you have it. If you ever thought, “wow, cucumbers and pickles sure do look similar”…it’s because THEY’RE THE SAME VEGETABLE! One’s just had a REALLY acidic bath.

Until next time-stay smart! -“Professor” Pruski.