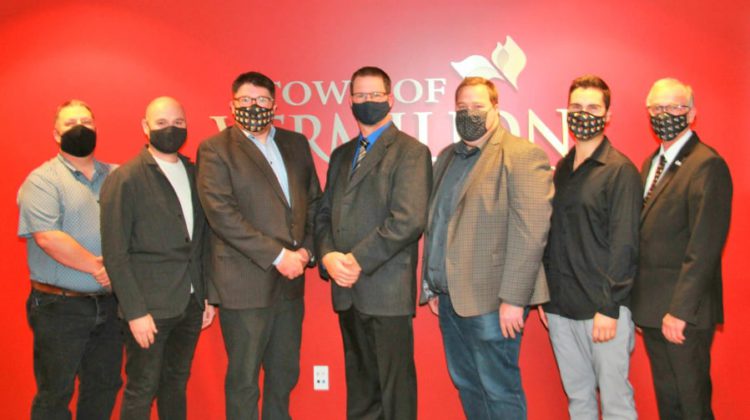 There’s a new mayor and council getting to work in the town of Vermilion following the recent Alberta Municipal elections.

Mayor Gregory Throndson heads the seven-man team that will lead municipal affairs in the town of just over 4,000 residents.

The graduate of Olds’ College holds a diploma in Land Resource Management. He works full time at Lakeland College, but says for a number of reasons he has put his hat in the ring.

Throndson adds he’s not going to sit on the sidelines and complain. He wants to help and that’s why he has stepped up.

As to what will prevent the newly minted mayor from succumbing to the political fray, he says it’s his candour.

“What will be my downfall is I’m too honest. I won’t sugar coat anything. I’m not going to lead people down the wrong path. I will be too honest.”

He advocates that honesty is not a bad attribute to have. In that spirit he continues that six members including himself on the seven-man team are new to council and they are not looking to change the world in the short term.

“The town I think is in a good position. Our finances are in a decent position. We’ve got good local business right now. We’ve got to get through the rest of this COVID pandemic deal and just keep everybody on a straight path right now. We are not looking to reinvent the wheel. It’s a pretty steep learning curve right now for all of us new guys.”

Throndson says as they prepare for their first budget, they are not going to make a big splash with any extra costs.

He looks at the demographics and says Vermilion is a young town with an agriculture base, having strong support from it’s seniors.

He shares his pride for the community and looks forward to having Vermilion in the forefront of attracting more people to the town, be it for recreation or even long term for business and making it their home.