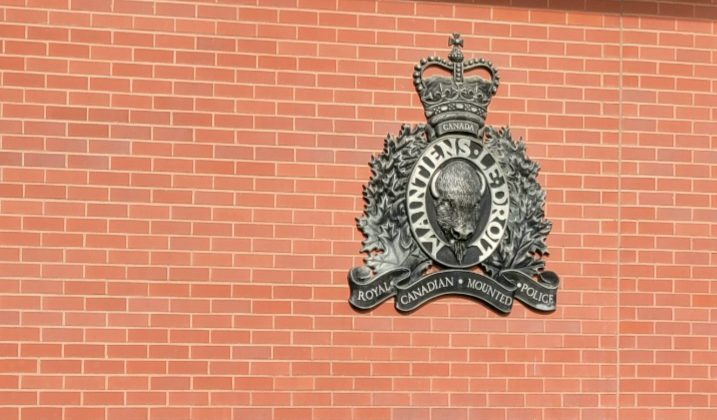 On November 14th around 9:54 p.m., Vermilion RCMP responded to a 911 report of a break and enter in progress at a local business on 41st Street in Vermilion.

Police say the incident was reported through security surveillance equipment and they received descriptions of three suspect vehicles.

Around 10:10 p.m., officers found one suspect vehicle towing a utility trailer which matched one of the descriptions. They stopped the vehicle on Range Road 81 at Highway 16. Following the investigation, the two occupants were arrested for possession of suspected stolen property. A canister of bear spray was also found between the front seats along with two balaclavas, about 10 grams of methamphetamine and drug paraphernalia.

Police then went to a second location after the complainant said he had found the second suspect vehicle near township Road 504 and Range Road 85. Officers from Vermilion, Vegreville and St. Paul RCMP Police Dog Services went to the area, but were unsuccessful in finding the suspects.

The next day, November 15th around 9:56 a.m., Vermilion RCMP responded to a report of a suspicious person sleeping in the bush, on a rural property north of Mannville along Highway 881.

Police went to the area and found a man who had been identified as a suspect in the ongoing investigation from the previous night. They then arrested him.

Tyler LaFlamme (36) and Ashley Benio (33), who were in the vehicle, have been charged with numerous offences including suspicion of:

Benio is further charged with suspected possession of a controlled substance.

At the judicial release hearings, Benio was ordered released and has a court appearance on December 20th in Vermilion.

Laflamme is remanded pending a release hearing and is scheduled to return to court on December 7th.

The third suspect, Christian Sawyer (23) is charged with suspected break and enter to a business and mischief over $5000.00. Sawyer was released on an undertaking with a first court appearance date of January 17th, 2022 in Vermilion.

Vermilion RCMP are asking the public’s assistance for any information in relation to this incident. Please contact Vermilion RCMP at 780-853-4441 or your local police.