Synergy Centre to open next week 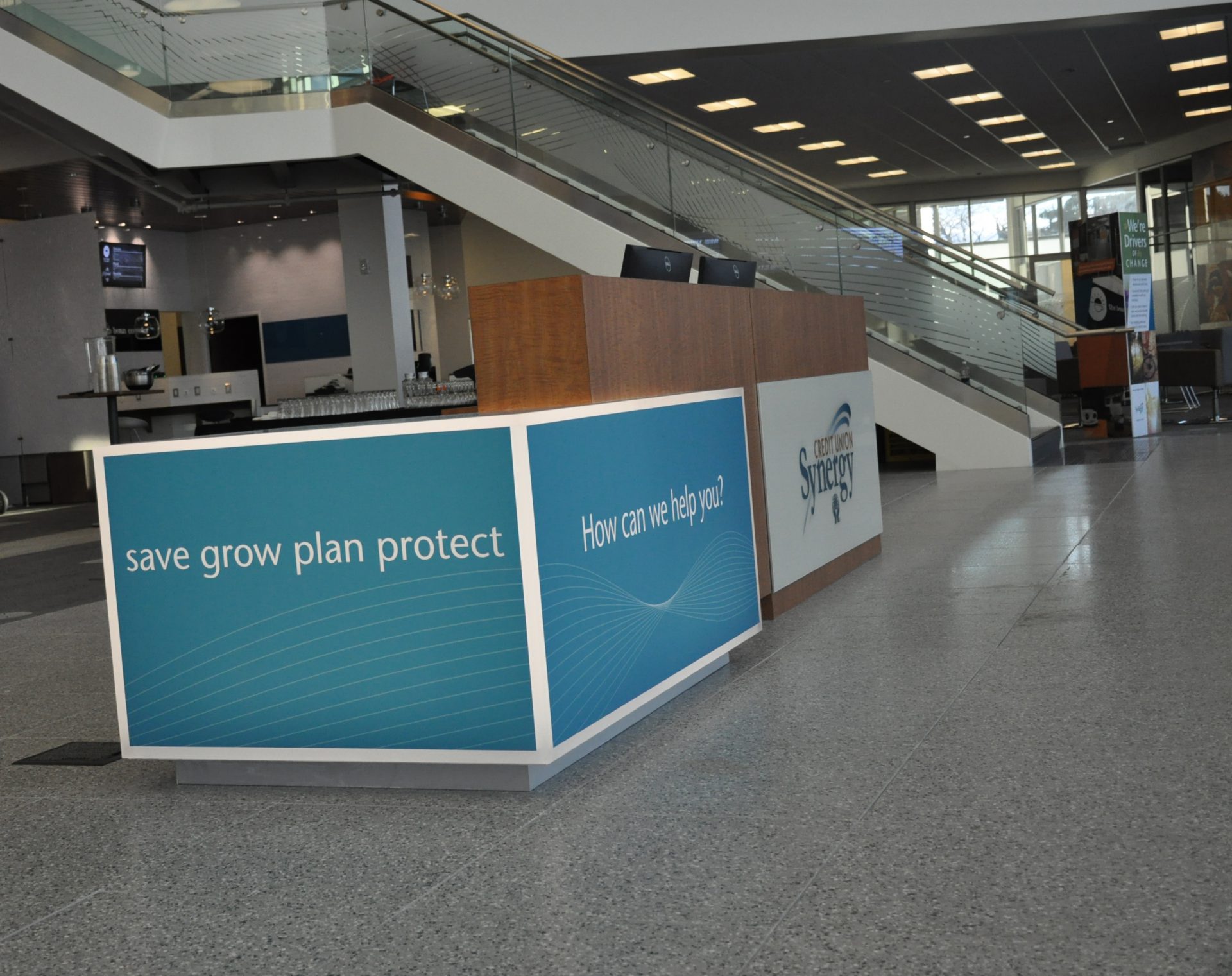 The official opening of the new Synergy Credit Union in Lloydminster is on the horizon.

The building will be open to the public Monday, March 14th, and the Synergy Centre, as its been named, has been built by a company with an environmental mindset. Synergy hopes the facility will achieve a silver LEED certification for “Leadership in Energy and Environmental Design.”

On Thursday, March 3rd, an exclusive tour of the facility was offered to media representatives. The building has been made with the intent to maximize the potential for natural lighting, featuring an all but entirely windowed-facade with southern exposure. In addition, to maintain efficiency and capitalize on power consumption, the lights inside the building are LED and are automatic, set to respond to movement.

“We set our sights to become an LEED-certified building so that we could attract longer-term leases. In most cases today, when government is looking at leasing buildings, they’re going to look for the most effective, efficient, and green type of building. And we have accomplished it in this building,” says Glenn Stang, CEO of Synergy Credit Union.

Stang discussed at length all the features he’s very excited to unveil shortly. Continuing on their path to earn the building its LEED silver certification, the company will also be practicing recycling and aiming to go paper-less within the next couple of years; it will be using chemical-free, environmentally friendly products for cleaning, and recycled material for all the maintenance they undertake going forward. This includes a feature of the building which makes it adaptable…

“The second piece that really feeds into ‘LEED,’ is the raised floor and the portable wall systems that we’ve deployed throughout the whole building… not knowing what our future holds, we were really having a hard time planning what that [environmental] footprint would look like. So what we really did is we built a building that is really adaptable and flexible… With the raised floor and portable wall systems, we can actually redesign that whole footprint within a week, and we’d have very little waste that would go to the landfill,” says Stang.

The process behind establishing the building has been ongoing for the past 10 years, according to Stang, who also says he wants the Centre to be a place for the community, both members and non-members.

“The whole east wing is an area of our building that I get pretty excited about,” says Stang.

That section of the  building is equipped with a children’s play area as well as “pop-up retail” : a couple hundred square-feet of space available for local entrepreneurs to come into Synergy and display their products and services, and leverage the traffic that comes into the Centre. The facility also features a cafe called The Bean Counter, which will offer complimentary tea, coffee, and other refreshments to all visitors. Soup, sandwiches, and other lunch items, which The Bean Counter will outsource from other local businesses, will be available for purchase at the cafe.

Lloydminster residents are welcome to bring their lunches, as there’s a large cafeteria with public microwaves available to use. There’s also charging stations and free wifi in the cafe area for patrons to use as they enjoy a coffee on the house.

Further down the hallway on the right, there’s the Community Room. A free meeting room where non-profits and other local organizations can hold their board meetings or club meetings, during company hours. The room is equipped with “the whole technology offering,” as Stang says, including screens available for hookup to patrons’ laptops if they bring them in.

“When our membership comes into see it I hope that they’re going to be in awe. The space is so open, it’s so inviting. It’s really a destination for the community, members and non-members. We’re creating a destination for the community for a whole bunch of things outside of financial services. We do hope that when people start to rub elbows with out membership that they’re going to give us consideration to earn their business over a period of time, and that’s all I can ever ask for.”