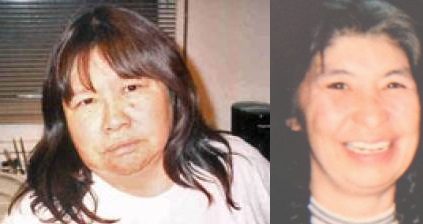 RCMP have held a press conference this morning in Edmonton, releasing details into the investigations of the murders of two Lloydminster-area women.

As of yesterday, investigators with K Division in Alberta and F Division in Saskatchewan, charged 59-year-old, Gordon Alfred Rogers, of Red Deer, with 2 counts of first degree murder in relation to the deaths of Jeannette Jean Chief and Violet Marie Heathen.

The Historical Homicide Unit in K Division and the Historical Case Unit in Saskatchewan (F Division) worked collaboratively on the investigation and determined that there was a nexus between the two homicides, according to Corporal Hal Turnbull of the RCMP’s Strategic Communications Unit, K Division, in Edmonton.

“Mr. Rogers became a person of interest and during the course of the subsequent investigation, evidence was gathered to identify him as a suspect, and he was arrested on Tuesday of this week… He was formally charged yesterday,” says Turnbull.

Turnbull also gave additional details into both cases, explaining that the investigations had been ongoing for several years.

According to the officer, Chief’s body was found June 6th of 2006 in a river just outside of Lloydminster, Saskatchewan, and she had last been seen alive June 2nd in Lloydminster.

“In regards to Violet Heathen,: she was 49 years of age, and she also was last seen alive in Lloydminster, [that was] on Friday, May 15th, 2009. A hunter, on November 7th, who was out making his rounds, discovered her remains in a rural area, near Kitscoty. Positive identification on those remains was obtained on December 22nd, 2009,” reports Turnbull.