Green party candidate stops campaigning due to illness, still in the running 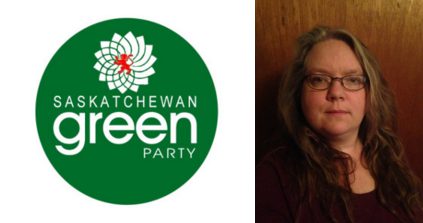 The Green Party candidate for the Saskatchewan Lloydminster riding is suspending her campaign.

Lisa Grant is currently recovering from time spent in the hospital and will no longer be actively campaigning for the upcoming election. She did attend the all candidates forum Monday, March 21st, which was the one significant campaign appearance she has made.

Still, Grant is the party’s candidate for the region and her name will be on the ballot Monday, April 4th. Nominees were confirmed Saturday, March 19th, and according to Elections Saskatchewan spokesman, Tim Kydd, the ballots have already been printed. So all names are final.

“What she meant by it is basically that she stopped campaigning and I didn’t even know that she was campaigning. All I knew, she got her name on the ballot, and that was all we were expecting… that she would basically place her name on the ballot so people could vote for the Green party out there. When she talks about suspending her campaign, I think she just means she’s not going to keep knocking on doors or talking to neighbours or that kind of thing… due to her ill health, she’s not going to be finishing up the 6 days that we have left,” says Victor Lau, Saskatchewan Green Party leader.

That leaves three other candidates who continue to actively engage in campaign efforts in the running for MLA: Michelle Oleksyn for the New Democrats, Dolores Pahtayken for the Liberals, and incumbent, Colleen Young for the Saskatchewan Party.