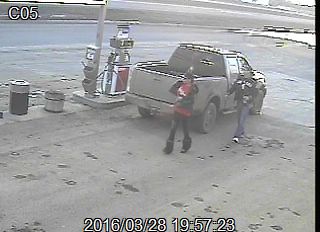 Maidstone RCMP are looking for the suspects in a gas and dash.

On Monday, March 28th around 8 o’clock, 2 people stole fuel from a gas station in Lashburn.

The male suspect is described as approximately 30-years-old, Aboriginal or Metis in appearance; he was wearing a black jacket with white writing and a black hat.

The female suspect was described as aboriginal or metis, small build, also wearing a black jacket, with a pink shirt, and was wearing sunglasses. 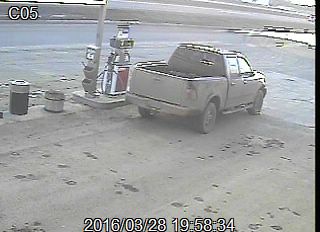 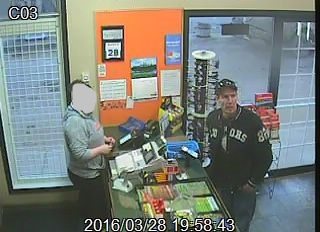