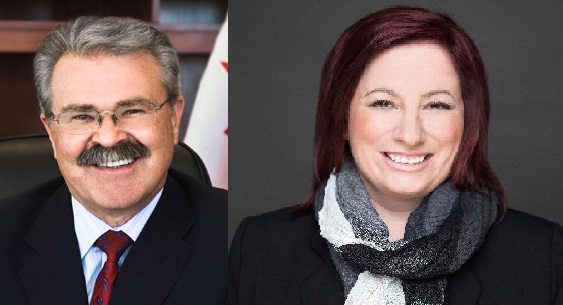 Expenses from the 2015 Federal election have been released.

For the constituencies affecting Lloydminster, winning Progressive Conservative candidates, Gerry Ritz and Shannon Stubbs, perhaps predictably, had the most expensive campaigns among their competitors.

Gerry Ritz, winner out of the Battlefords-Lloydminster riding, spent $150, 066.82 on his campaign from contributions, transfers, and cash inflows. He also earned 61 per cent of the vote to win the election.

The next highest in spending was just over $42,000, and surprisingly, was for independent candidate, Doug Anguish, despite his 4th place finish at the polls. Anguish had a large number of independent contributors to his campaign: 60 people in total, whose donations added up to over $38,000.

Ritz’ campaign contributions were primarily from the Electoral District Association, while independent supporters only added about $13,000 towards his campaign.

Another surprise may come from the cost for the campaign of NDP candidate, Glenn Tait, who spent under $10,000 and received second most votes.

On the Alberta side, Shannon Stubbs’ election campaign cost her just shy of $110,000. For the Lakeland riding, the Progressive Conservative Party candidate received, by far, the most funding towards her winning campaign. About $38,000 of the total was contributed from 368 individual supporters, 42 of which supplied over $200 each.

Stubbs earned 72.8 per cent of the vote, winning the election by a landslide. She got almost 5 times the number of votes as the nearest competitor in the election, Liberal candidate, Garry Parenteau, whose campaign happened to cost about of one-fifth that of Stubbs’.