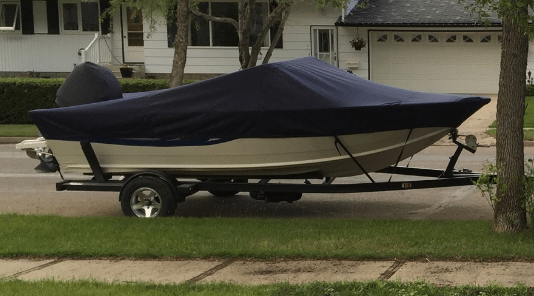 Police in Bonnyville have recently received several reports of break and enters as well as thefts.

One was a 3-wheel ATV, the description of which can be read here:

On June 15th, police received a complaint that a large, yellow Champion generator was stolen from a rural resident on Highway 882, near Township Road 602. If you see the item in question or have any information regarding the theft contact Bonnyville RCMP at 780-343-7200 or Crime Stoppers at 1-800-222-TIPS (8477).

Several days later, on June 19th, the theft of a boat was reported to Bonnyville RCMP. Both the boat and boat trailer were taken sometime overnight or early morning from the victim’s driverway.

The registered owner of the watercraft is Clarence Oliver; he owns a 2006 Smokercraft 172 Ultima 17-foot fishing boat, and trailer with Alberta license plate # 5BA 531.

The boat is described as having a unique navy blue tarp cover on it, as well as a 115 HP Mercury outboard motor. The boat itself is white with blue graphics; its serial number is SMK90677K506.

If you have any information on the whereabouts orif you come across these items, you are asked to contact Constable Thomas Weiers of the Bonnyville RCMP, either by phone at 780-343-7226, or via e-mail at [email protected]