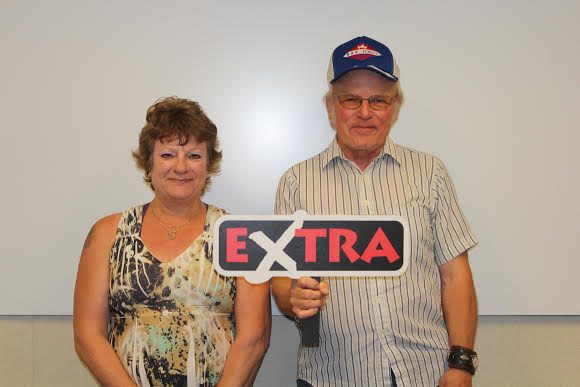 Bernadette McLaughlin of Cold Lake and Ronald Flathers of Bonnyville, together won $100,000 on the May 20th EXTRA draw.

The pair says they normally play LOTTO MAX and LOTTO 649, but decided to pick up a 20-dollar Super Pack after winning $20 on another ticket.

A Super Pack incorporates tickets for WESTERN 649, WESTERN MAX, as well as LOTTO MAX, and LOTTO 649.

McLaughlin and Flathers plan to use their winnings to pay some bills and put some money away for a later day.

The ticket was purchased at Mac’s convenient store at 1414 8 Ave in Cold Lake.