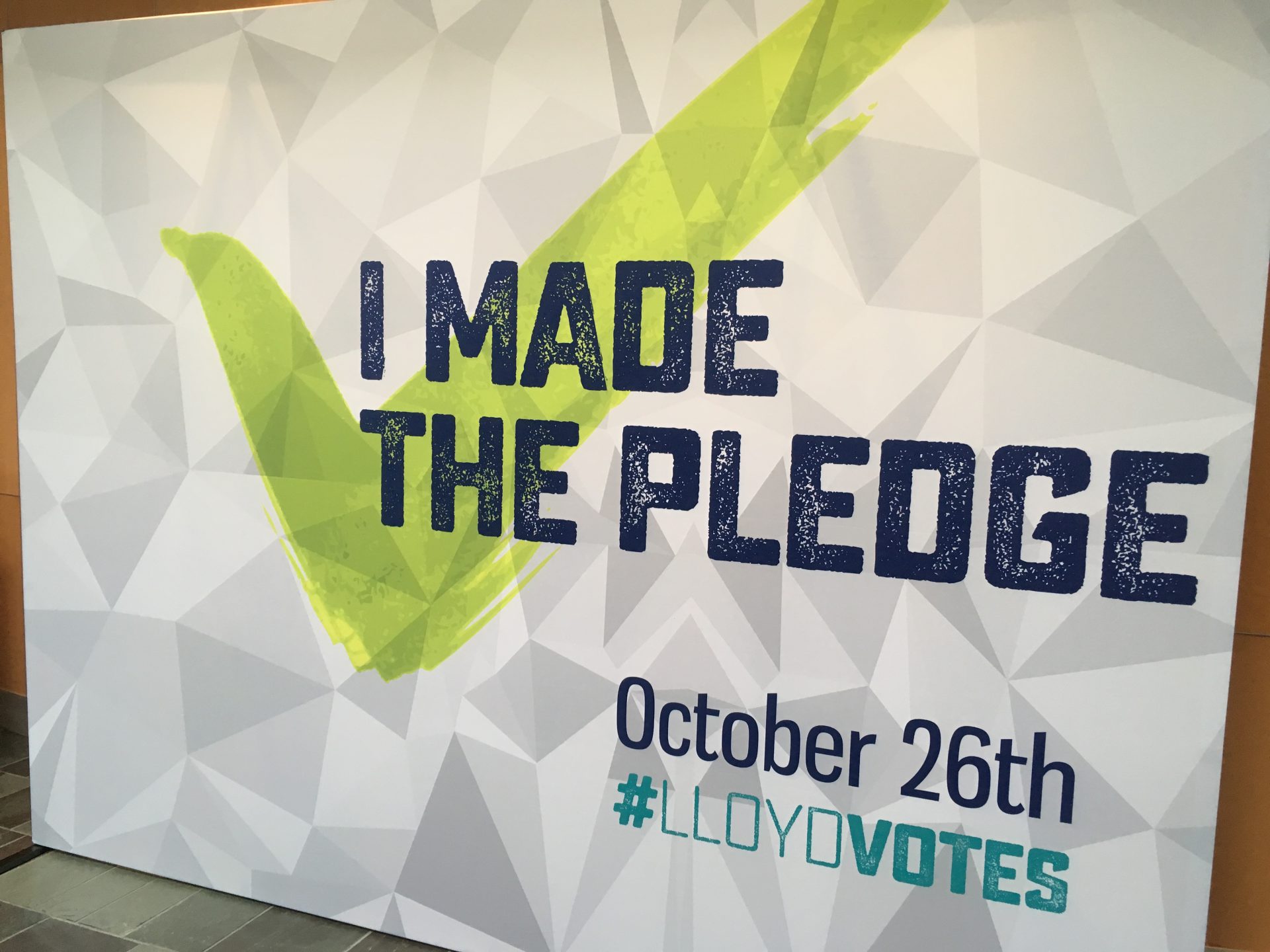 The City of Lloydminster has begun a new voter engagement initiative.

With municipal elections a little over 2 months away, the City launched a campaign Monday, August 8, called “Your Voice, Your Vote” in the hopes of increasing the voter turnout this year.

In his address of citizens, City officials, and media on Monday, City Clerk and Returning Officer, Doug Rodwell had this to say, “Dwindling participation is local elections is a growing concern across the country, and Lloydminster is not exempt from this. The voter turnout in the 2012 Lloydminster municipal election was a dismal 11 per cent. This means 1 in 10 eligible voters exercised their right to vote.”

This time around, the City is shooting for an in-your-face awareness campaign, according to Leo Pare the General Manager of Communications and Marketing, Leo Pare.

“Over the next couple of months, as Doug mentioned, we’re going to be out there in the community, with our pledge wall and our buttons and our pledge cards… I have no doubt that with everybody’s help, we are going to boost those voter numbers this time around.”

A big part of the campaign is using social media. Eligible voters are to encouraged to make a personal pledge by signing a pledge, saying they’re going to vote October 26, 2016 card, and even getting photographed with the City’s pledge wall to then post on social media with the hashtag #LloydVotes.

The City’s Pledge Wall is going to be set up at different community events so that people can make their pledge and get their picture taken for Facebook, Twitter, and Instagram.

“Well I guess the alternative is doing nothing and hoping people show up. So, I think this is a really good reason to do this. It’s an opportunity to give people a chance to engage, understand what their rights are, and why they should vote. I think doing nothing is saying that we accept the declining number, and I think doing something means that we really want to raise the bar,” says Rodwell.

Chair of Lloydminster’s Youth Council was also are the press conference and gave a short speech. 12th grader at Holy Rosary, Leah Boyer, gave her take on the situation representing, as she said, the younger demographic. Boyer, who won’t be old enough to vote come October 26, says the local elections should still be important to young people in the community.

Boyer also mentioned that the social media aspect of the City’s campaign is a great way to reach the younger demographic in the border city.

Roswell closed out his speech by saying, “This October, let’s be recognized as a highly engaged, informed, involved community, and a community that votes in record numbers. Thank you, and I’ll see you at the polls on October 26th.”

You can check out the City’s “Lloydminster Votes” Facebook page to get involved: https://www.facebook.com/LloydVotes/?fref=ts