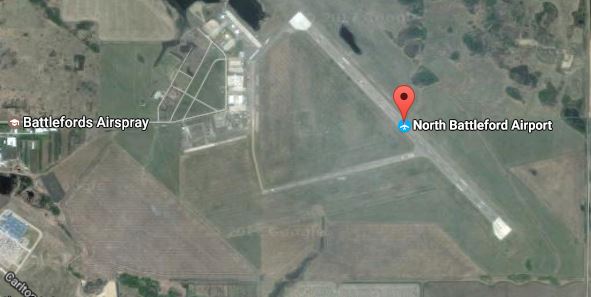 The North Battleford Municipal Airport is receiving $275, 000 from the Saskatchewan Government for upgrades to their runway.

“What we will be using that funding for is milling out the remainder of the centre section of the runway down to about 70 mm, so we’re taking out 70 mm of asphalt, making sure the sub base and base is okay and then relaying the new asphalt in,” says Stewart Schafer, Director of Utility Services.

Schafer adds the reason the upgrades need to be done is because the old asphalt was beginning to pebble and flake off.

“The larger commercial jets that come in and private jets don’t want to come into the airport because they’re saying look if we ingest that into our turbine engine we can cause a lot of damage.”

These upgrades are part of a four stage plan.

“Last year we applied for $275, 000 and received it so we were able to do the centre half of half the main runway and this next one we’re doing the other half,” says Schafer.

The next two stages involve the edges of the runway. The upgrades will shut down the airport for about a week according to Schafer, however he says that the cross-wind runway is still open for smaller planes.

The Government of Saskatchewan is investing $700,000 in the Community Airport Partnership Program for 15 community and regionally-owned airports.