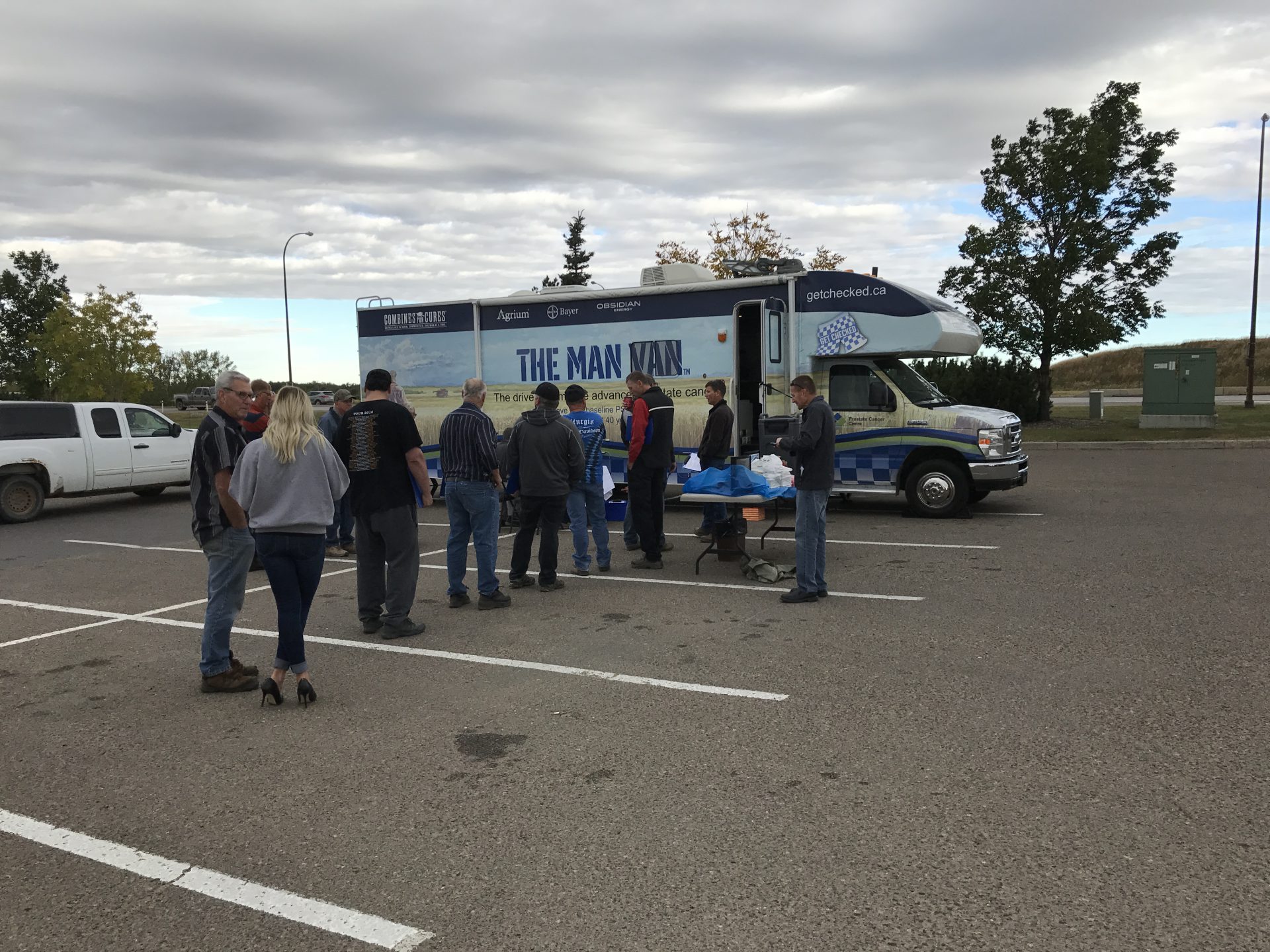 The Man Van made a stop in the Border City Tuesday morning.

“It’s common for all men to have a bit of this PSA protein in their blood but what we’re looking for at the Man Van clinic is for an elevated PSA level, and that could mean a number of things. It could mean anything from an infection but it can also be used as an early indicator of prostate cancer,” says Ken Rabb, The Man Van Program Manager.

The Man Van was launched in 2009 as an initiative to increase awareness of the importance of early detection.

“Prostate cancer is the most common form of men’s cancer, one in seven men in Alberta will be diagnosed with prostate cancer in their lifetime, but when it’s caught early it is a very treatable disease and often time men can go on to live a very active, very normal life after being treated for prostate cancer,” says Rabb.

According to the Man Van brochure, over 5, 000 men visit the mobile health clinic in Southern Alberta.

“Men are notorious for avoiding the doctor, and that’s in the rural communities and the urban centres as well. We find in rural areas, the men get busy. Farmers are notorious for that. They spend more time maintaining their equipment and their tractors than they do themselves. When we bring the van to the community we’re are eliminating some of those barriers to why men might not want to go to the doctor,” says Rabb.

Rabb emphasizes that they are not trying to replace doctors, just trying to increase awareness and access to screening.

“I’d just like to encourage any man 40 or over to talk to their doctor about a PSA test. It’s just a simple blood test, we take about half a teaspoon of blood out of your veins and we’ll mail you the results.”

If you were unable to visit the Man Van, you can check out their website for more dates and times.