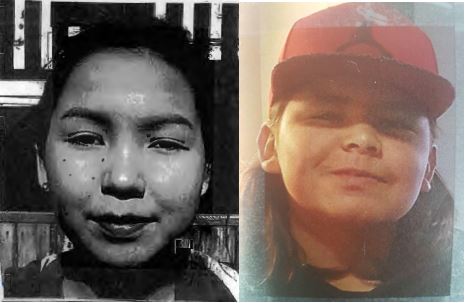 UPDATE: Lloydminster RCMP say both youth have been found.

Lloydminster RCMP are asking for the public’s assistance in locating  Eric Lemaigre and Jade Montana.

The two youth were visiting Lloydminster when they left a guardian and did not return. Police believe they may either be in the city or returning to Onion Lake.

Anyone with information on their whereabouts is asked to contact their local RCMP detachment. 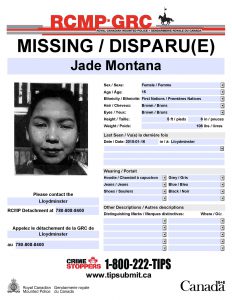 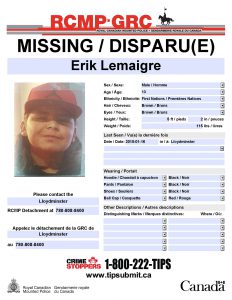