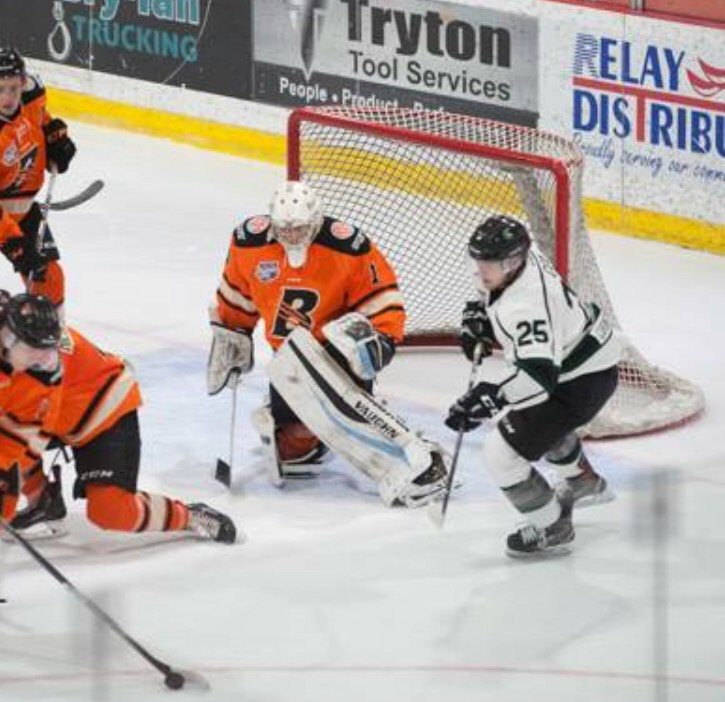 Lloydminster Bobcats goaltender Bailey Brkin has been named the AJHL Defensive Player of the Week.

In his first two starts as a member of the Bobcats, Brkin went 2-0 with a 1.00 GAA and a .971 save percentage, which earned him the title of AJHL Defensive Player of the Week. Brkin says he feels grateful for the recognition and that his teammates are a big part of him receiving the award.

“In both games, they helped clear pucks in tight, they blocked shots and kept a lot of pressure to the outside. At the end of the day, we went 3-0 this week and that’s most important.”

He had spent time with the Swift Current Broncos, Kooteney Ice and Spokane Chiefs before joining Lloydminster.

The Bobcats will play the Bonnyville Pontiacs on Saturday.