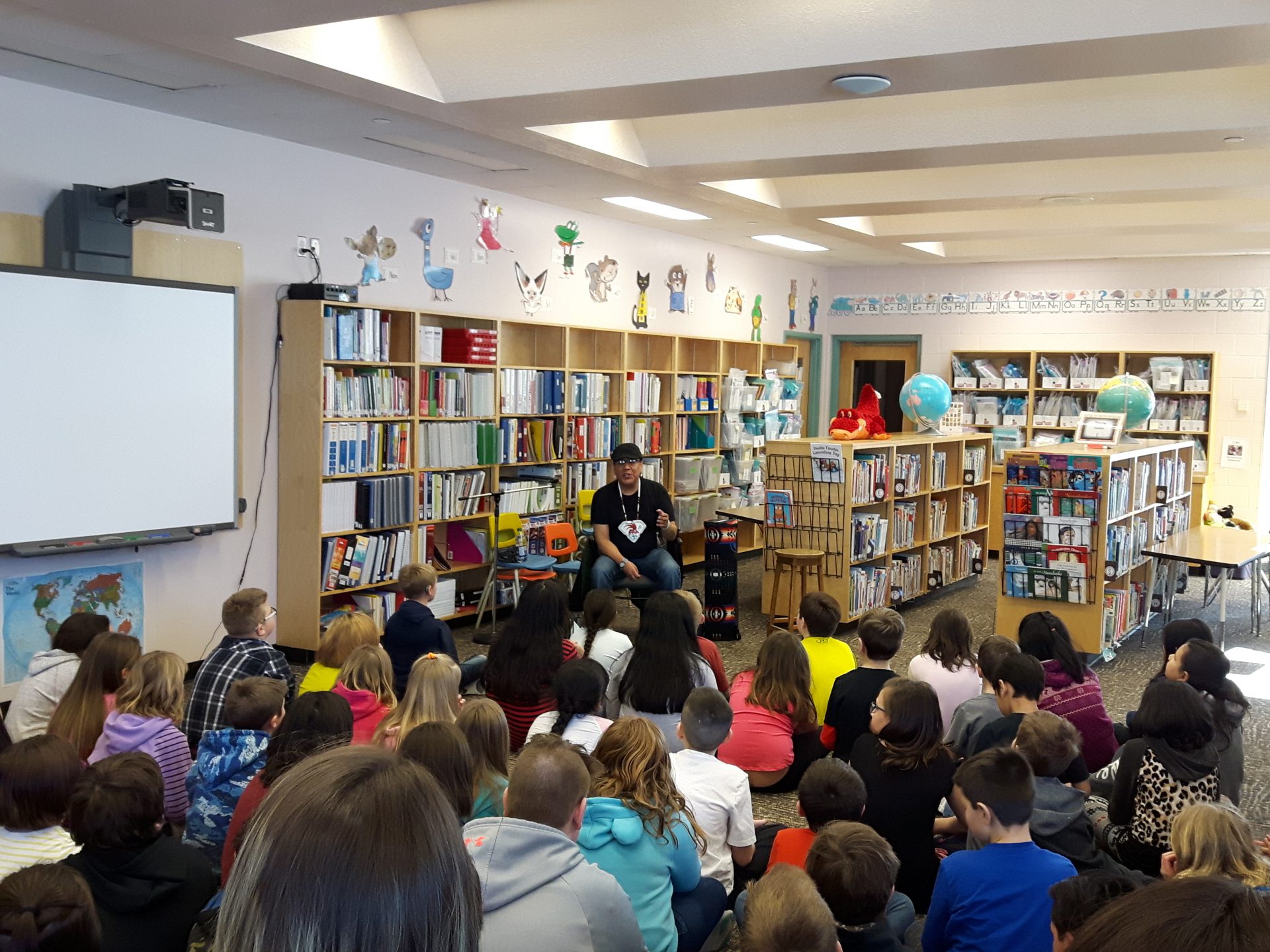 As Aboriginal Storytelling Month continues, students at Jack Kemp Community School were treated to a first hand experience with a storyteller.

Musician and Storyteller Jason Chamakese from Chitek Lake spent the afternoon with grades three to six students, where he shared his story and culture. Chamakese says sharing personal stories drives home the message a lot more than laying out the facts.

“They want to hear a story, they like that personal first hand experience and unfortunately I had to go through a really hard time to learn these lessons, but all the same I am thankful for it.”

Chamakese’s hard time came when he experienced a stroke and was put into coma. He did eventually recover, but during that time he couldn’t do simple tasks such as getting out of bed or making a cup of coffee. He says that he wants to make sure young people know the importance of their health and strength.

Part of Chamakese’s sharing his story was to share his culture with the kids. He did bring a flute along with him that he played. He suggests that in order for society to take a step forward all cultures need to learn from one another.

“I would encourage people of different cultures to learn about each other and the best way that we can combat racism, prejudices and stereotyping is through events such as this.”

The event of having storytellers come into classrooms is a way for the Lloydminster Public School District to bring their curriculum to life. Grade four teacher Gina Hanson says a lot of First Nations culture is infused in their curriculum.

Storytelling month will run until the end of February.