UPDATE: One dead in Highway 16 crash 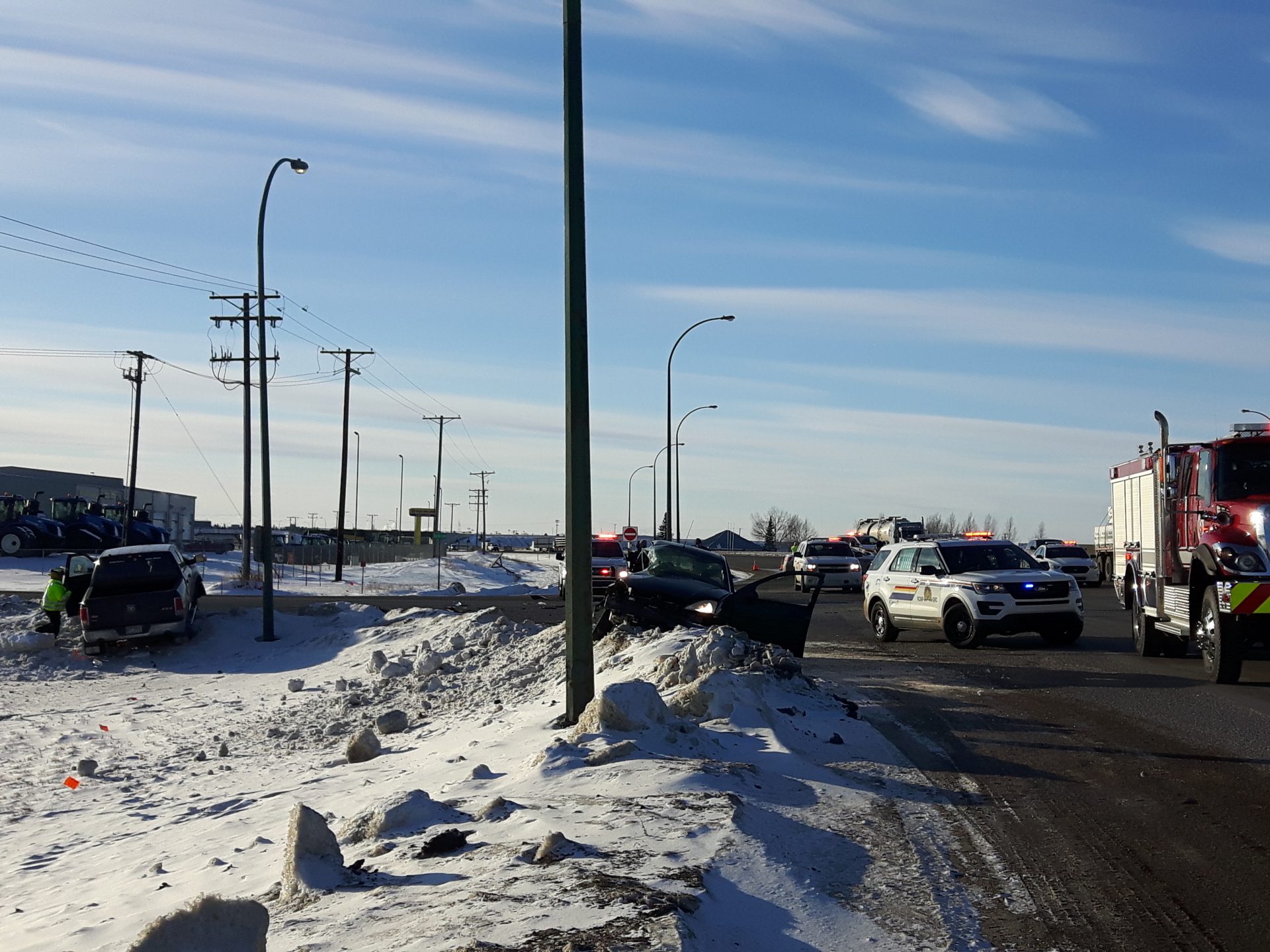 UPDATE: A crash between a half ton truck and a car on Highway 16 has claimed a life. It happened around 3:30 p.m. Wednesday afternoon at Range Road 3280 east of Lloydminster.

The highway was down to a single lane for eight hours while an RCMP collision analyst responded. An investigation is still underway.

Maidstone RCMP responded to a serious collision on Highway 16 East and Range Road 3280.

RCMP are on scene of a two vehicle collision involving a car and a truck. RCMP say the accident was serious and with serious collisions there are serious injuries involved. RCMP cannot confirm any injuries at this time.

The eastbound lane is restricted and traffic is slowed down for at least several hours. RCMP will provide more information when available.