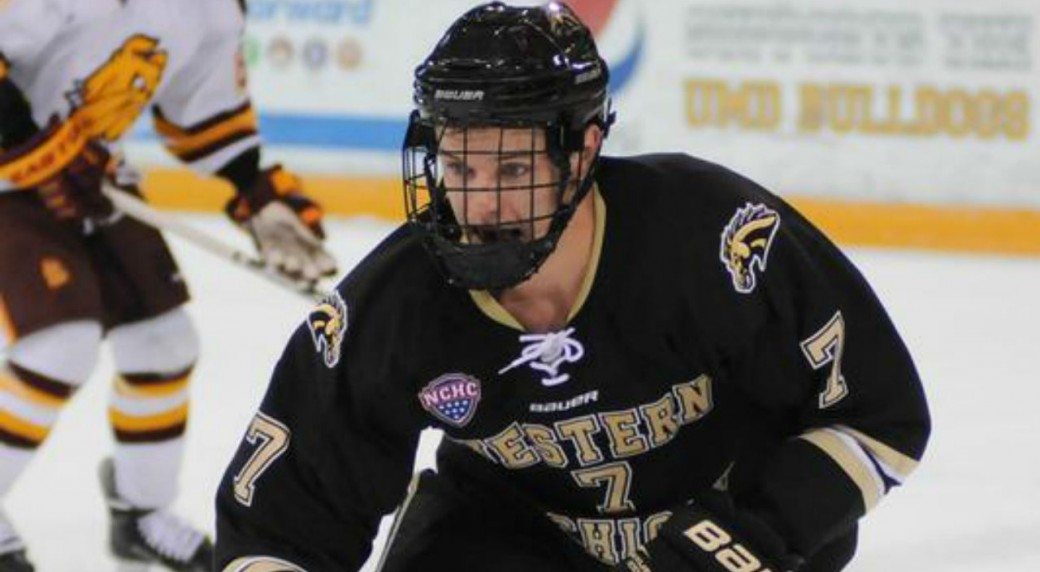 Another Lloydminster native is on his way to the NHL. Defenseman Kenney Morrison has been signed by the Calgary Flames to a 2-year entry level deal. The 23 year old has spent his last 3 seasons with Michigan University, racking up 54 points and 151 penalty minutes through 115 games. He played one game with the Bobcats in 2009, before being traded to the BCHL’s Alberni Valley Bulldogs.

Morrison says he’s thankful for the support of Lloydminster and that he hopes to turn some Oilers supporters into Flames fans. He will spend the rest of the season with the Adirondack Flames of the AHL.

Other Lloydminster natives in the NHL include Washington goaltender Brayden Holtby, and Columbus forward Scott Hartnell.