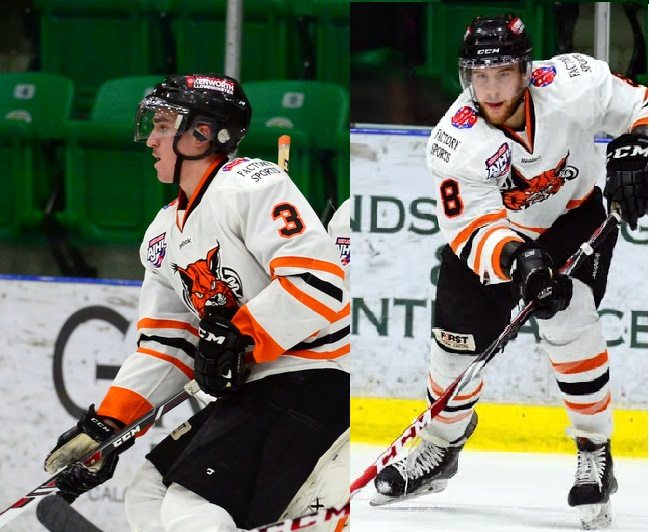 The Lloydminster Bobcats have announced that defencemen Alex Pernitsky and Cole Josefchak have both committed to play for the Colorado College Tigers.
The defencemen will depart for Colorado next year, after the Bobcats host the RBC Cup National Championship.
“We would like to congratulate Alex and Cole on their commitments to Colorado College,” said the Bobcats coaching staff. “Both players had strong rookie seasons and both will be expected to play big roles in the upcoming RBC Cup season.”
The Bobcats now have five players from this year’s team committed to NCAA Division 1 scholarships. Josefchak and Pernitsky join join forwards Kevin Darrar (Holy Cross) and Troy Van Tetering (Alaska-Fairbanks), and fellow defenceman Shane Switzer (Boston University) as players who have signed with US colleges.
Facebook
Twitter
ReddIt
WhatsApp
Email
- Advertisment -
- Advertisment -
- Advertisement -