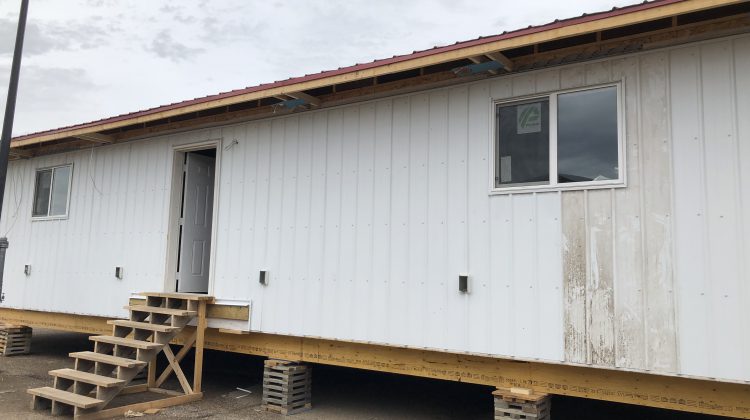 The Lloydminster Rescue Squad is in their final week of completing renovations before moving into their new permanent home.

For the past few months, students at the Lloydminster Comprehensive High School have been helping build a new office building for the squad. The students completed the project mid-June and the Rescue Squad received the building on June 25.

Deputy Chief Ryan Leblanc says they are still in the process of renovating, but the building will be fully operational by the end of next week.

“We’ve still been completing the electrical portion of it. The carpet is going to go in early next week and we’re going to be energizing the building as well early next week.”

Leblanc says that the squad will still be based out of the Britannia Fire Hall with all their equipment and trucks being stored there.

“For 33 years Lloyd Rescue has always rented a building to do their administration and hold all the equipment. This particular building is just going to serve a purpose for administration for the rescue squad.”

The team will move in next week and will hold their monthly training sessions in the building as well.