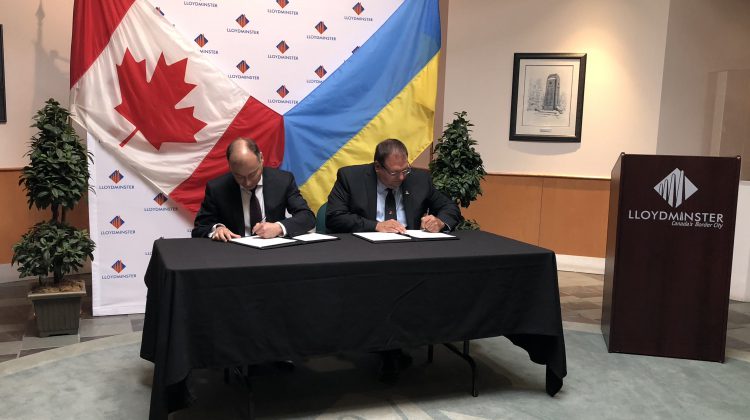 The city has officially become a sister city with Nikopol, Ukraine. On Monday, Mayor Gerald Aalbers and the Mayor of Nikopol Andriy Fisak signed an agreement that will allow both cities to share information back and forth.

Aalbers says the average resident won’t see a big change with the new agreement aside from signage being placed around the town.

Fisak took a general tour of the city Monday morning and visited some oil and gas businesses later in the day. Through his translator, Fisak says the agreement will allow for more opportunities for both cities.

“For us as sister cities, this means a cultural corporation and development of business relationships. Student exchange programs are also an important part of this.”

Both mayors also said there is a large Ukranian population that will benefit from the newly forged relationship.