Mural of Holtby painted on bridge east of Lloydminster 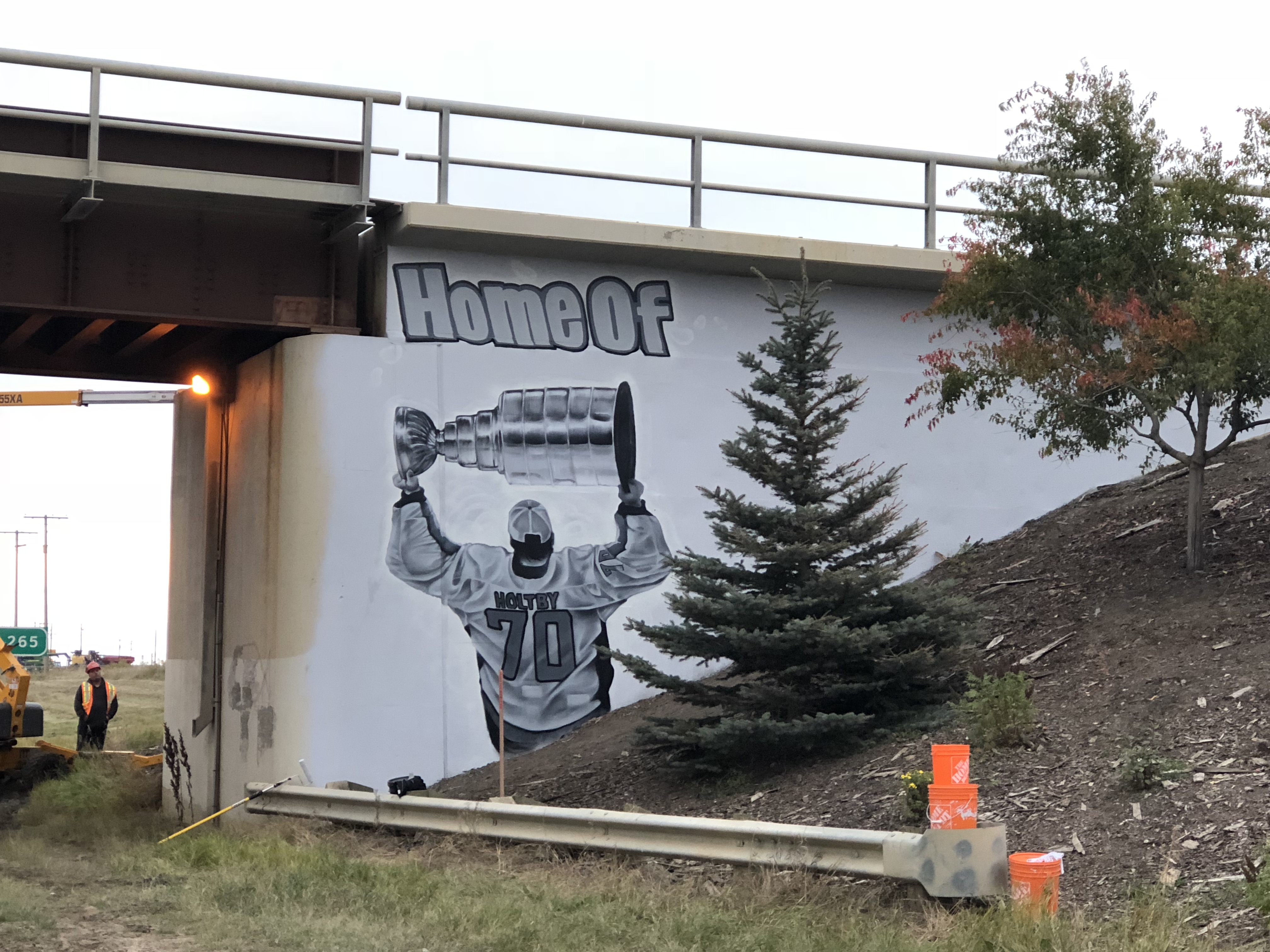 Braden Holtby will live forever in spray paint just outside of Lloydminster. The local hockey player and the Stanley Cup are subjects of a new mural on the Highway 16 overpass, east of Lloydminster.

Artist and owner of Graffiti Salad Jordan Ernst says the RM of Wilton reached out to him after he painted a mural in Lashburn.

“They were really happy with my work and what I do. They reached out to me again and had the idea for honouring Braden Holtby. I was pretty honoured to do that myself because I’m a fan of Braden Holtby.”

The goalie for the Washington Capitals is from the Lloydminster area and in July brought the Stanley Cup to the city, Lashburn and Marshall.

Originally from Saskatoon, Ernst has been doing graffiti since he was 12 and for the last five years, he has been doing it professionally. He went full time with his art about a year ago at the age of 24.

He says it took him 18 working hours to finish the artwork, which was completed at the end of last week. He says he did face some challenges when painting.

“I found a lot of different challenges mainly being that there was a hill there and it’s really steep. I was not expecting that so we actually had to get another lift to do the painting.”

Ernst says he also had trouble making sure the shading was bold enough for people down the road to see the mural.

Aside from the mural, Ernst also painted part of the bridge.

“We painted the exterior face. I’m not sure, I think their budget just wasn’t there to paint the rest of this bridge. Hopefully, they call me back to finish the bridge because I would like it not just half done.”

As for reaction, during the painting process, Ernst says drivers passing by would honk and acknowledge his work.