Bordertown H.O.G Chapter gives out over $69,000 to local charities 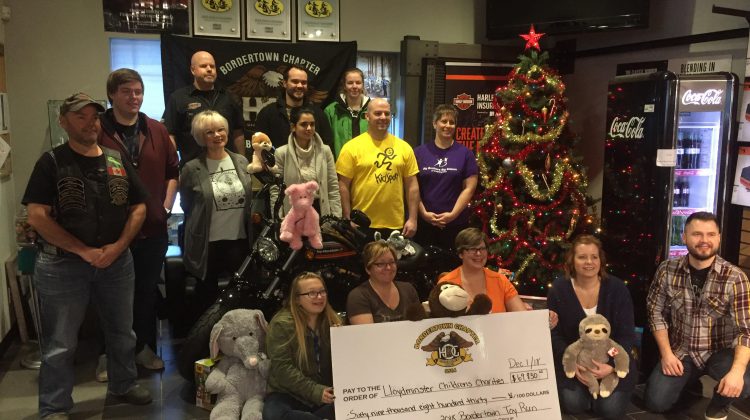 Several charities in the Border City and area will be getting a helping hand from the Bordertown H.O.G Chapter.

In total, the Bordertown H.O.Gs raised $69,830 during the toy run. Chapter President Murray Getty says that this year saw the most donations in the history of the event.

“Overall, the day turned out great. A lot of money raised for a bunch of Lloydminster youth charities.”

Despite snowfall and weather problems, the Toy Run was able to go ahead, and Getty adds that he is always excited to see the involvement during this run and over the last eight years.

“It continues to amaze me the support we get from Lloydminster and the Lloydminster business community. Even though we had a crappy year this year, we still had a great, record-breaking year.”

For next year’s Toy Run, Getty says they’ll be looking at doing a “similar model, minus the snow.”