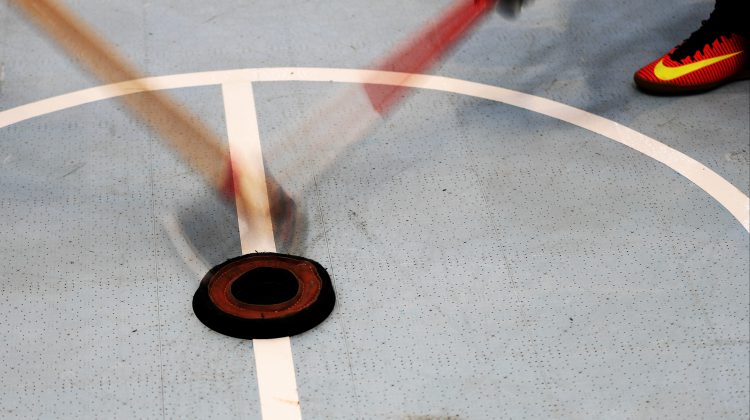 Goodwill Industries of Alberta and Vermilion Chrysler have joined forces to help make the dreams of a local Special Olympic floor hockey team a reality.

Over the weekend the two businesses held a clothing drive in order to raise money for the Vermilion/Vegreville Polecats to make the trip to the 50th Anniversary of the Special Olympics next year in Calgary. Together they were able to raise $2500 for the team to be part of the games.

Goodwill Alberta CEO Dale Monaghan said this is part of a longer initiative to help the team, which he says inspires the players that join.

“A lot of Special Olympians are limited for their opportunities for involvement in sports, but the Polecats are run and managed by two tremendous coaches they get behind this team and really create a family and sports following.”

The team also received quite a bit of support from Curling Olympic Silver Medalist Cheryl Bernard, and Monaghan says having her supporting programs and teams like the Polecats has been phenomenal.

“She’s an ambassador for Goodwill across Alberta and increasingly such an ambassador for the Special Olympics sports movement. Obviously, as a former athlete, she’s keen and interested in seeing all athletes succeed.”

This upcoming year will mark 50 years for the Special Olympics in Alberta. The Calgary Games begin on February 8th.