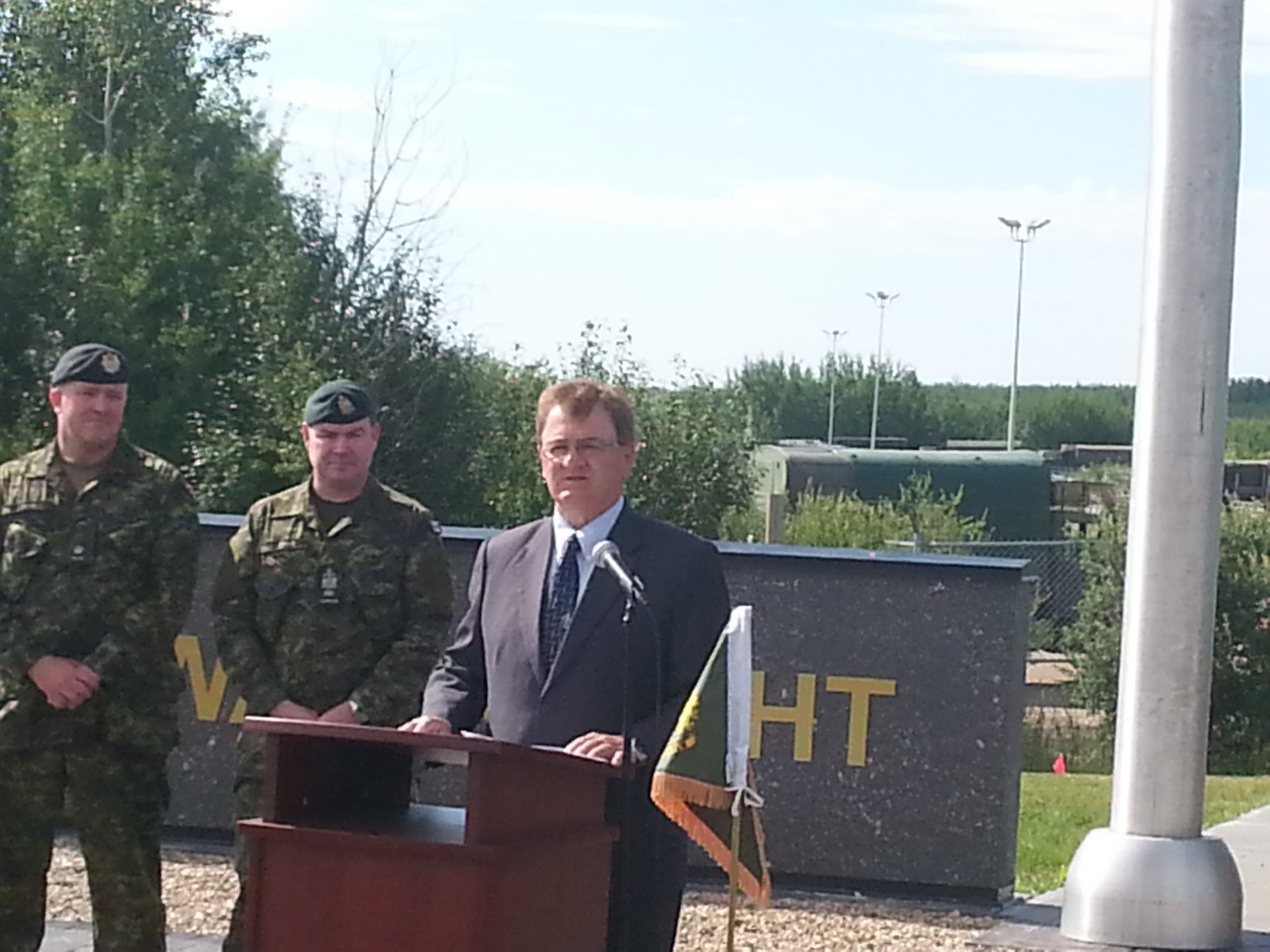 Member of Parliament for Vegreville-Wainwright Leon Benoit has announced $9 million in funding for Wainwright’s army base.

The money will be used to upgrade the base’s Health Services Centre to include dental care, and to build a new Integrated Personnel Support Centre.

Major Damon Dyer, the Garrison’s chief of staff, says that the Integrated Personnel Support Centre does have a building, but it isn’t being used for that purpose.

“We will, with this announcement be able to put them into a purpose-built building that will allow them to do their job efficiently and effectively,” Dyer said.

Benoit says that the funding will not only help the garrison, but the surrounding community of Wainwright as well.

“This $9 million investment in Wainwright Garrison will help improve the lives of our men and women in uniform, along with their families, who live at the Garrison with improved services,” Benoit said. “As we continue to upgrade Canadian Armed Forces facilities across Canada, such investments are also promoting economic growth and job creation in communities like Wainwright.”

The money has been allocated from a $452 million fund given by the government to the Department of National Defence to repair and upgrade army facilities. The government estimates that the upgrades will create 10,000 jobs across Canada.