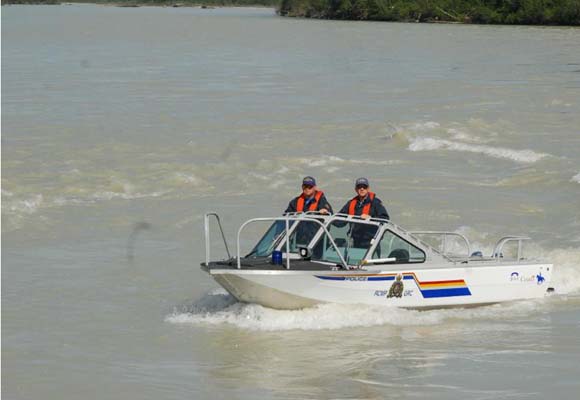 The search continues for a missing boater at Sandy Beach.

Around 5 p.m. on Saturday, August 1, Maidstone RCMP were called to the lake after a man fell off the side of his boat near the north end of the lake and did not resurface.

The Maidstone detachment partnered with detachments from Lloydminster and Turtleford, as well as the Lloydminster Rescue Squad and the Britannia-Wilton Fire Department in the search. On Sunday, August 2, the team also called in an international dive team from Saskatchewan.

Despite searching all day Sunday and Monday, August 3, the body of the man still has not been found.

“The visibility is pretty low down there,” said Joel Baynton, a diver with Lloydminster Rescue Squad in an interview with the Meridian Booster. “We’re working off limited sight we do have and a lot just off feel.”

The depth of the lake ranges from five to 35 feet.

The RCMP ask that all members of the public avoid boating on the lake to give the search team room to work.