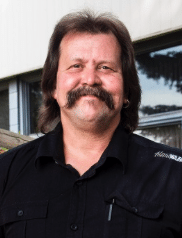 Duane Zaraska is the NDP Party’s candidate in the Lakeland riding in the upcoming federal election.

Zaraska currently serves as the Vice-President of the Metis Nation in Region 2, and will be making his first foray into federal politics.

Zaraska says that while the federal campaign as a whole will be “vicious”, he wants to run a clean campaign.

“I’m going to run my campaign a little bit [differently],” Zaraska said. “I don’t want to personally attack anybody. Of course, I will attack the other party’s policies, but I don’t believe in being vicious and I think people can see through that.”

Zaraska also says he feels starting the campaign this early is premature, and that he would’ve preferred an eight week campaign, to save taxpayers money. The election is set for October 19th.