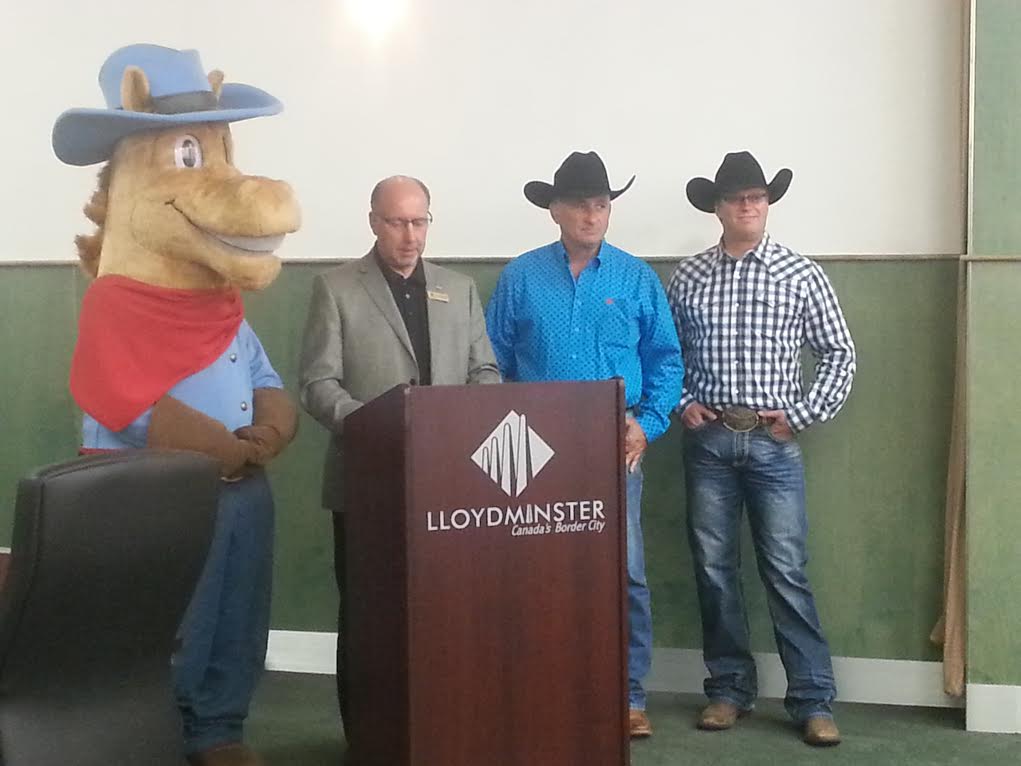 Wagon Week has come to Lloydminster.

Mayor Rob Saunders proclaimed the week at City Hall yesterday, in recognition of the 23rd straight year the city has hosted the CPCA finals.

Saunders says the finals bring an economic boost to the city.

“Whenever you get a major event like this in our city, we do reciprocate some of the financial input,” Saunders said. “The economy is given an injection – a shot in the arm, so to speak – and we really appreciate that.”

Bryan Hebson, Marketing Manager of the CPCA, says he expects a lot of excitement from the races.

“I think you’re going to get some great action,” Hebson said. “If you look at our standings right now, the top 8, anybody up there can get in the final 4, and the top four drivers after Saturday night in Lloydminster qualify for the Westeridge GMC CPCA Dash. A guy’s going to drive away with a $50,000 plus truck, so if [anyone’s] not excited by that, they need to have their pulse tested.”

The chuckwagon races start Wednesday at the Exh Grounds. There will be several events accompanying the races, including pancake breakfasts, local entertainment at the beer gardens, and a Cabaret featuring Tim Hicks on Saturday.

For a full schedule of events, and to buy tickets, go to lloydchuckwagons.com.