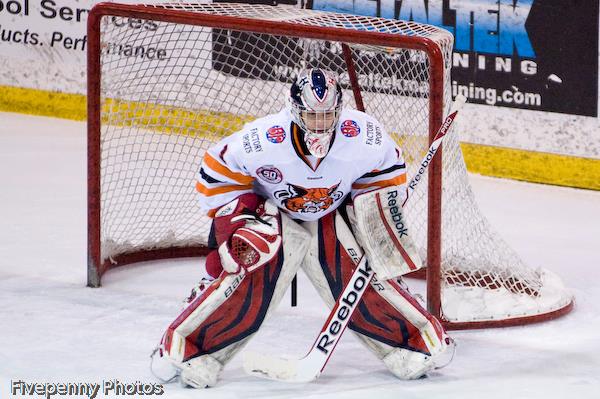 The Lloydminster Bobcats have announced a trade.

The team has traded goaltender Christopher Tai to the Alberni Valley Bulldogs of the British Columbia Hockey League for future considerations.

The 20-year-old netminder played in 36 games for the BCHL’s Coquitlam Express last season, posting a record of 19-14-1 with a .899 save percentage. He was returned to the Bobcats at the end of the season, to complete last season’s trade of Tai to Coquitlam for future considerations.