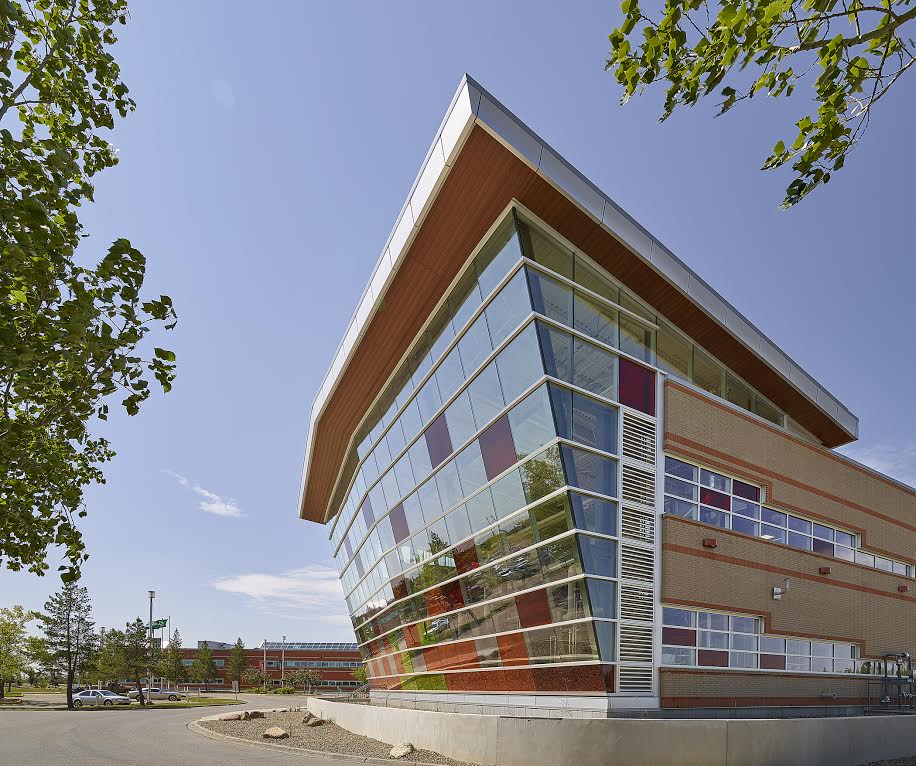 Lakeland College is getting set to open its new Energy Centre on the Lloydminster campus.

The college will be opening the doors of the centre Wednesday, August 26, with a ribbon-cutting at 1:30 p.m, and guided tours will be held until 3:30.

One of the features of the centre is an integrated power plant with a once-through steam generator for heavy oil training.

“The design of the Energy Centre including the slanted glass wall on the east side facade has attracted a lot of attention,” said Alice Wainwright-Stewart, president of Lakeland College. “We think people will be just as impressed when they get inside the building and see the various training spaces and the incredible technology that fills the power engineering and heavy oil lab.”

While the centre hasn’t yet officially opened, last year’s second-year heavy oil and power engineering students got a chance to use it before they graduated in the spring.