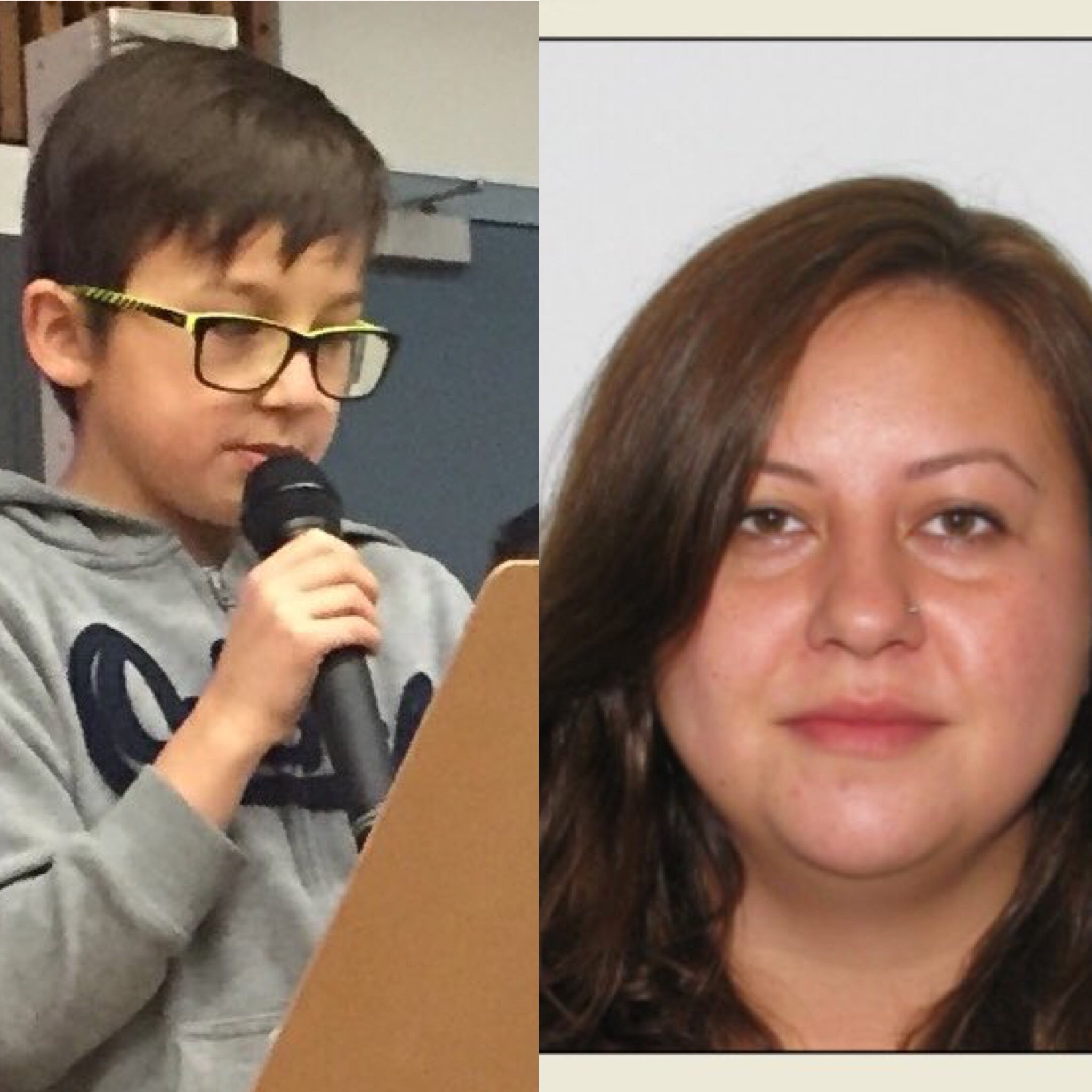 UPDATE #2, 5:30AM: The Amber Alert for Noah Ducharme has been cancelled. Noah and his mother were located in Calgary at 5:30 am. Noah is unharmed. The EPS thanks everyone who shared the information about the Amber Alert.

UPDATE:They are now believed to be travelling in a 2002 Buick Century with Alberta plate M A E 9 0 3 in the Calgary, Alberta area.

Edmonton Police have issued an Amber Alert for a child who was abducted today at 2:50 PM from the Waverley Elementary School in the area of 68 street and 89 avenue, Edmonton. Noah Ducharme is described as age 8, male, 4 ft., 70 lbs, short brown hair, wearing a dark green hoodie, light coloured jeans, yellow and black Nike prescription glasses.

Noah was abducted by his mother Brianne Hjalte described as age 31, Indigenous female, 5 ft., 7 inches, 180 lbs, dark shoulder length hair, wearing a dark jacket, dark pants. They left the area on foot westbound on 89 avenue. They are now believed to be travelling in a 2002 Buick Century with Alberta plate M A E 9 0 3 in the Calgary, Alberta area.

it is believed that Noah is in imminent danger.

Do not approach the suspect. Please call the Edmonton Police at (780) 423-4567 if you have any information.