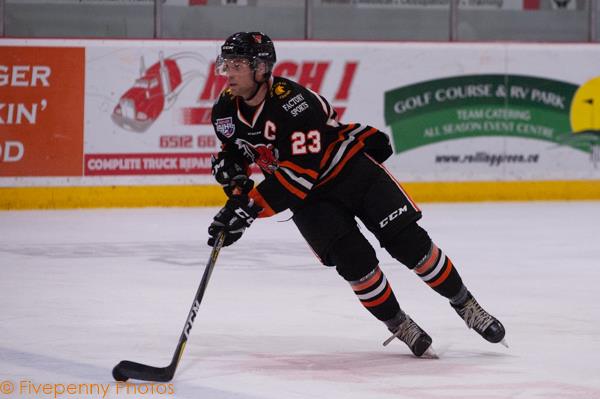 The future of Lloydminster hockey will be on full display come next month.

Beginning April 12th, the team will be opening its spring prospect camp, with changes coming to how it will operate. This year the team is using a smaller pool of possible players from all over Western Canada and the United States. with a maximum of only five final teams to try out.

Head Coach and GM Nigel Dube says the coaches and scouts are looking to whittle down the prospect list from 200 to between 80 and 100 before camp so that they can better focus on who could fit the goals of the team both on and off the ice.

“We’re all putting many miles on, there’s no doubt about that. A lot of sleepless nights just to get around, to see the players, meet the families, to do the character checks, and to see what’s behind the hockey player.”

While new players are vying for their chance to play with the Bobcats, Dube adds that they will be shown all the opportunities that the Border City can offer them.

“We’ll be able to show them the high school that we have in town, as well as Lakeland College and what it has to offer and then just to get a little grasp on what employment opportunities maybe when hockey’s done, or when hockey’s going on. Just the different avenues in the city that we believe is a great feature.”

The three-day camp is open to the public and will run until April 14th. Players, fans and families with questions can contact the Bobcats organization.