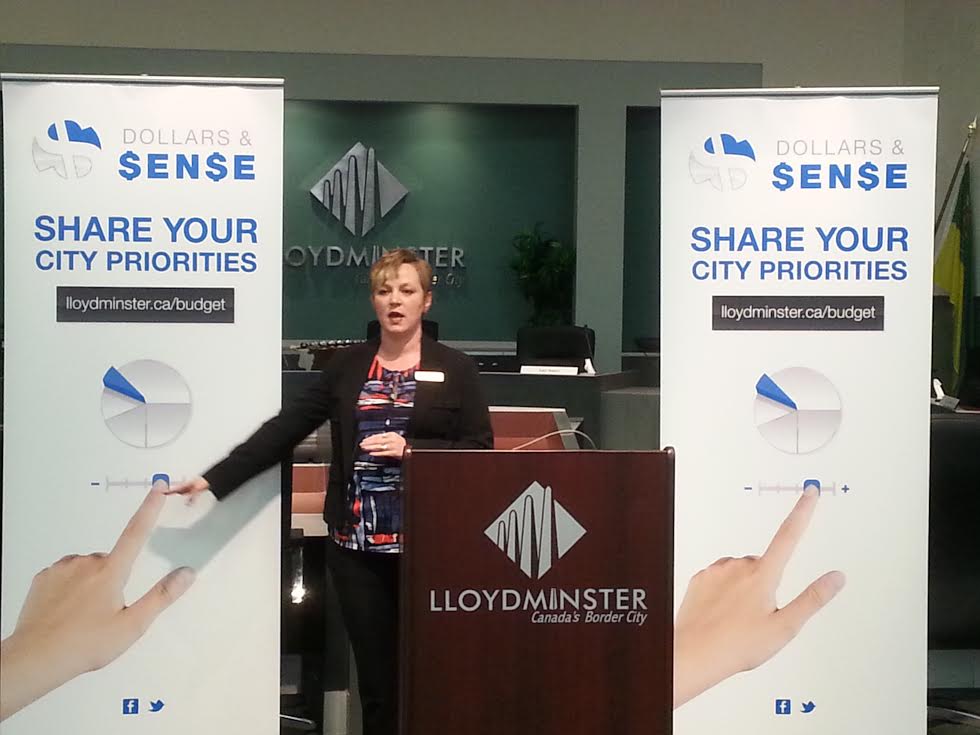 The City of Lloydminster has launched a public consultation survey for their 2016 budget.

The survey is called Dollars and Sense, and can be found on the City’s website. Users of the survey use sliders to suggest areas the city should increase or decrease spending, and see how it will affect their taxes.

“Here’s an opportunity for all residents to have their voice heard,” Reiniger said. “We’re really hoping we can get the residents very engaged in this process. If you go through it quickly, you can do it in about 7 to 10 minutes, but if you like to read, and get educated, and play with the numbers, you could be on there for half an hour. You can also share your results with your friends on social media, to try and get more people engaged in this process. We had [a] great response last year from the small survey we had done [for the] budget, and now we’re just ramping it up, and going to that next level, and making it very interactive for the public.

Reideger says the city will collect the data and use it when determining next year’s budget.

To access the survey go to lloydminster.ca/budget. It will remain available until Friday, September 25.