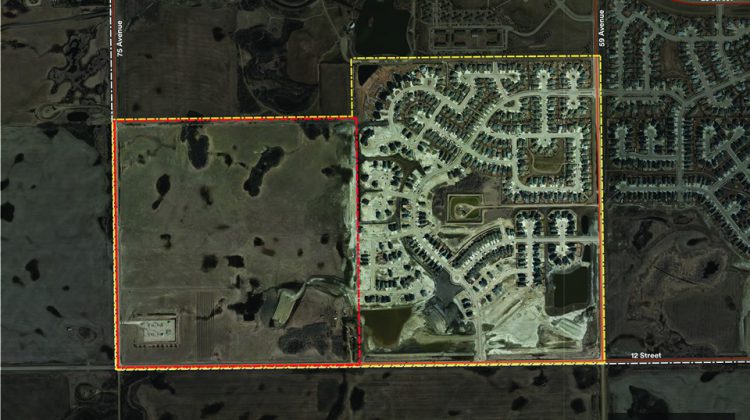 The community is invited to an open house regarding the Lakeside Area Structure Plan. Photo: City of Lloydminster

The city will be accepting feedback from the public on the first phase of the Lakeside Area Structure Plan. Five applications have been made by Musgrave Agencies to develop the land in the southwestern corner of the city.

The applications cover amendments to existing bylaws, such as the Land Use Bylaw and the Municipal Development Plan, as well as the Lakeside Area Structure Plan itself. The plan shows a variety of uses of the land varying from residential to commercial, institutional, parks and open space, and to residential. Mayor Aalbers says the plan offers a nice blend of use which he hopes will continue other places in the city.

The application details will be available for comment at an open house. Musgrave Agencies and city administration will be at the Best Western Meridian Plus on Wednesday, May 15, from 4:30-7:30 p.m. While answering questions about the LASP, feedback will be collected for the city’s consideration until Wednesday, May 22.