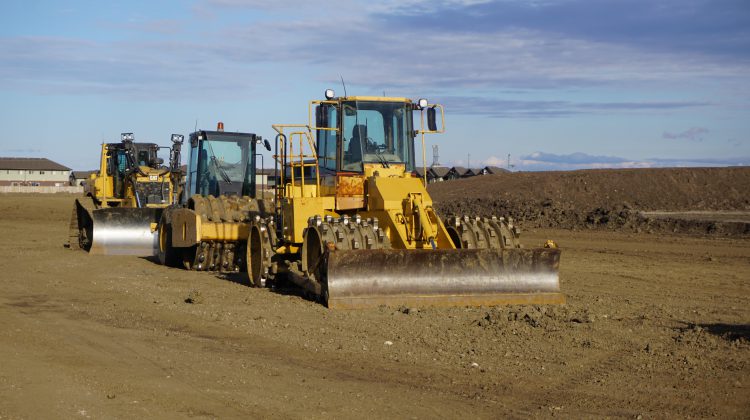 Approximately 50 acres owned by Husky Energy is set to be developed into a green and recreational space. (Brendan Collinge, MyLloydminsterNow.com staff)

Lloydminster may see a new green space next year. Husky Energy has begun the first phase of developing about 50 acres of land the company owns next to Husky Place.

Initial planning includes the installation of two soccer fields and a ball diamond though there is much more land available and future recreational uses may be developed. Spokesperson for the company, Mel Duvall, says the planning has been in the works for a while now and the timing seemed right with the new STARS landing pad.

“The land has laid foul for quite some time, and we’ve been looking at different ways to develop or use the land, but really, when we decided that one end of the site was appropriate for the STARS landing pad, that kind of directed us to follow this path,” says Duvall.

Duvall adds that the company has been approached by the city to develop parking space on the southern tip of the land ahead of the 2020 summer games. He says the company is very supportive of the initiative, and that talks with the city on future developments have been going well. The land is currently being graded, will be seeded later this year and will likely be finished by mid to late 2020.