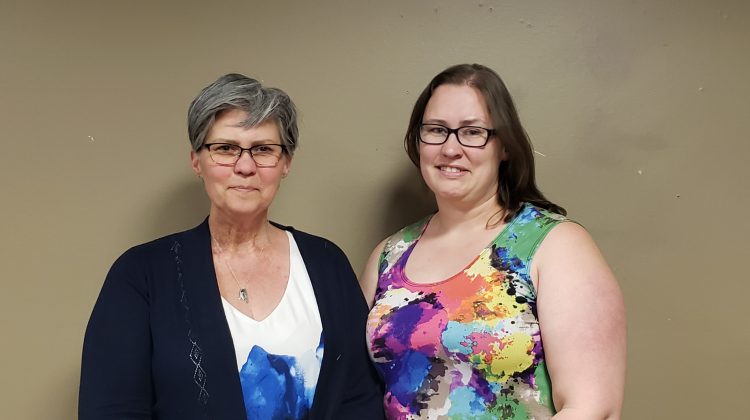 The 20th annual Canadian Relay For Life is coming. The annual fundraiser at the end of May brings together the community, and for one mother and daughter, holds a special meaning between them.

Alyssa Shillington was 9 years old when she was diagnosed with leukemia. Living with her mother Cheryl Couture north of Prince Albert, Sask., she began treatment with antileukemic medicine. Allergic to the first round of drugs, she had to be treated with more expensive medicine. On the anniversary of Alyssa’s diagnosis, things took a turn for her and her family.

Alyssa came down with a fever during her treatment. When Cheryl brought her in to see the doctor, he offered to take a look at her. After some tests were done, Cheryl was diagnosed with thyroid cancer. The doctor shared the diagnosis with the caveat that if she was to get cancer, this was a good one to get, which made Cheryl think of some choice words for him.

“Because like, I don’t have time for this. I don’t want it in the first place, I have a daughter already in treatment, I was just angry. I was very, very angry, and I wanted to deny it. Because I had things to do,” says Cheryl.

The diagnosis came at a break in Alyssa’s treatment. She could be at home while Cheryl underwent surgery and 6 weeks of radiation therapy. The first Canadian Relay For Life happened years later in 1999. While Alyssa wanted to go, her mother had reservations while undergoing treatment, and found her diagnosis difficult to swallow.

“I’m the kind of person who doesn’t like a lot of attention. So I really didn’t want to face the fact that I had cancer, that I had to deal with it and that I’m going to have lifelong consequences for this.”

When Cheryl finally took Alyssa to her first Relay For Life nineteen years ago, she was first excited at the thought of staying up all night. Alyssa didn’t expect to see the kind of optimism and hope people could have in the face of such a terrible disease.

“When I got there, just the look on people’s faces; the hope, the fun, the joy, everything that brought it all together, and then seeing so many other people with cancer there. It just screamed having hope in the face of something that can be a really negative side of people’s lives when they get diagnosed. I just really attracted to that, and I’ve gone every year since,” says Alyssa.

Throughout her years attending and taking part in the Relay For Life, Alyssa has been on teams and volunteered. Her mother has been participating in the survivor walk and volunteering off and on for the past eighteen years. This year, both of them serve a role on the Relay For Life committee. Cheryl is happy to be involved with the event because of how many people are there alongside you.

“You’re not in it alone, and that’s really the nice thing. It’s an amazing image if you’ve never gone to Relay, seeing everyone standing there in their yellow shirts. Just the camaraderie and the hope, it’s just an amazing experience. It’s one of the reasons why I really like Relay,” says Cheryl.

According to the Canadian Cancer Society, almost 1 in 2 Canadians is expected to be diagnosed with cancer in their lifetime. Mortality rates for cancers have dropped 32 per cent in men and 17 per cent in women since 1988. Still, 2 in 4 Canadians is expected to die because of cancer. There are more than 100 known different kinds of cancer, each with different levels of severity.

Each patient responds to treatment differently and faces a different journey. While the Canadian Cancer Society does it’s best to support each patient during their journey, the Relay For Life helps fundraise for those efforts. Alyssa is looking forward to this year’s Relay and the hope it can bring those living with cancer.

“We’re really hoping to bring that excitement, and that hope, and that feeling that people want to come to Relay because it’s such an amazing experience. To be able to see that and to feel that passion, and that feeling of hope.”

This year’s Relay For Life is May 31, from 7 p.m. until 1 a.m. Registration for the event starts at 5:15 p.m. with a survivor reception just before that. Anyone looking to get involved in this year’s Relay For Life can sign up as a survivor, volunteer or a participant on a team at www.RelayForLife.ca. You can also contact them on their Facebook page, or email Alyssa at communitychair.relayforlife@gmail.com.