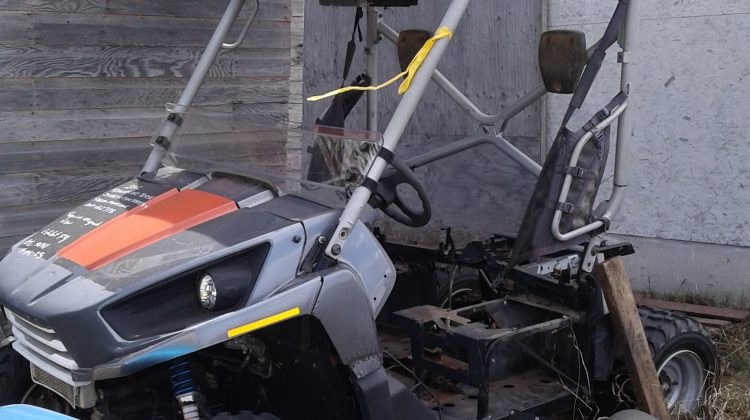 Stolen property from Lloydminster was recovered after a suspected chop shop was broken up in Two Hills.

RCMP says a scooter found to be stolen during a traffic stop on April 23 furthered an ongoing investigation on suspected chop shops in the area. Two days later a team of officers including some from St. Paul and the Eastern Alberta Rural Crime Reduction Unit raided three different properties in Two Hills County.

RCMP says many stolen items were found during their search including ATVs and trucks. Police says the property was taken from several places including Lloydminster and Smoky Lake. RCMP says the recovered stolen items are valued at around $200,000.