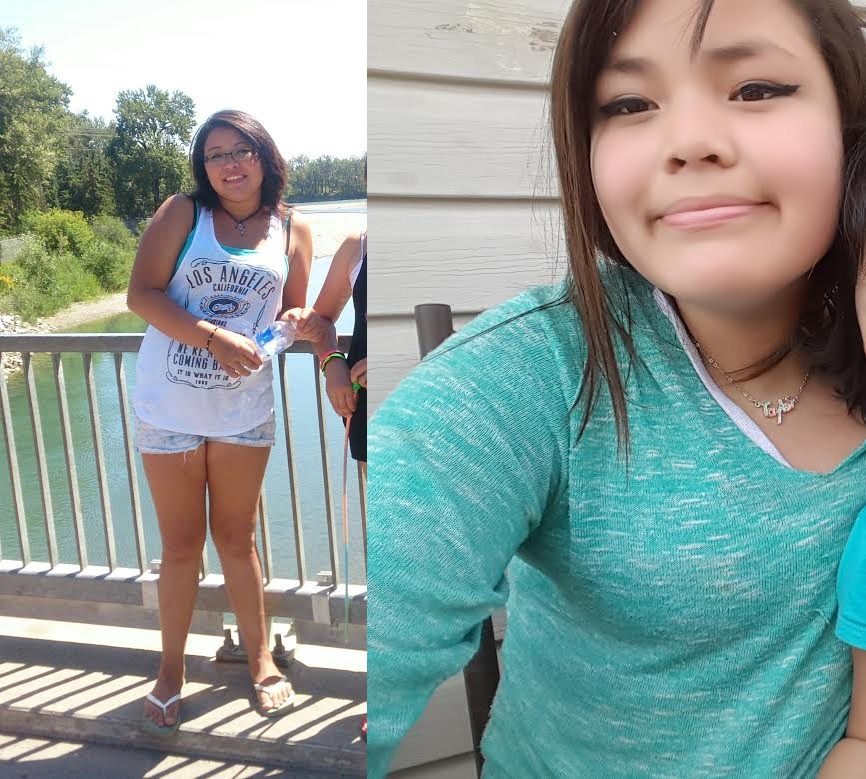 13-year-old Jolynn Davis and 14-year-old Taylor Bear have been missing since Monday, when they did not show up for school. The police say they could be in North Battleford, Mosquito First Nation, or Red Pheasant First Nation, and could be travelling in a red 1995 Chevrolet Truck bearing Saskatchewan Licence Plate 596-FDC that was last seen yesterday near the village of Rockhaven Saskatchewan.

Davis is described as Aboriginal, 5′ 6″, 140 lbs with straight dark brown hair and scars on her face near her left eye. She was last seen wearing black leggings, a grey bunny hug, a bag with a zig zag design and tan and blue in color, and black framed glasses.

Bear has been described as 5′ 5″, 150 lbs with hair past her shoulders flipped to the left side, and a pierced nose. She was last seen wearing a white T-shirt, black leggings with orange designs on them, and a camouflage green and black backpack.

Davis is on the left in the above picture, and Bear is on the right.

UPDATE: Cut Knife RCMP say that both girls have been found.