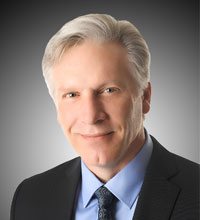 The Battlefords-Lloydminster riding has a new NDP candidate.

Farmer Glenn Tait has been appointed just prior to the deadline, after former candidate Sandra Arias was forced to drop out of the race due to a lack of finances.

Tait has had experience running in federal politics, running against Gerry Ritz in the 2011 election. He says he was right about the predictions he made in his previous campaign.

“This time around, I think there’s going to be a lot of ‘see, I told you so,'” Tait said. “When I campaigned last time, I said ‘Conservatives are bound and determined to destroy the wheat board.’ But, just before the campaign, Gerry [Ritz] had promised ‘no, we won’t do that without a producer plebiscite. You’ll get a vote.’ And of course, there wasn’t a vote. If Gerry had actually held a vote, he would have lost. So, he went and destroyed the wheat board, against the wishes of two thirds of the farmers, against the economic interest of the region. He’s thrown away, so far, about $8 billion.”

Tait also says that he plans to challenge Ritz on his economic record.

“When Gerry Ritz and his crew are bragging about all the increases they’ve made to budgets and stuff of recent years, this is after tax cuts Stephen Harper has made when he got into office, and after the cuts that Paul Martin has made before that. So, these increases are basically related back to [former Prime Minister] Jean Chretien’s era. Bragging [about] something that’s happened 20 years ago makes you look pretty good. But the federal budget has been cut tremendously. Canada has been gutted. There is precious little operation left within this nation.”

Tait says he will also talk about many of the issues Arias talked about, such as healthcare, taxes, and the environment.