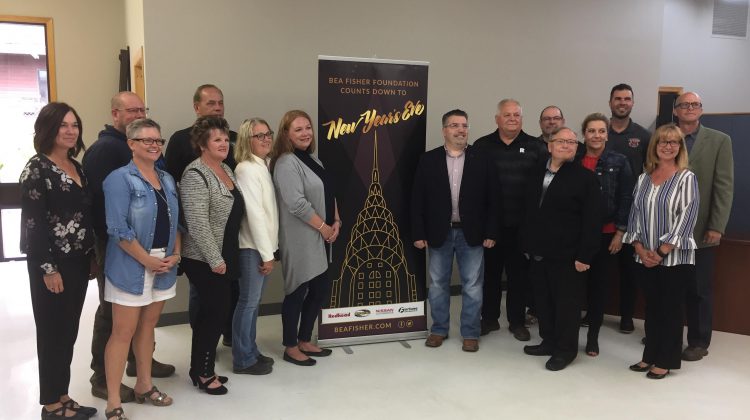 The Bea Fisher Centre wants to give Lloydminster a taste of the Big Apple this New Years.

On Tuesday Morning, the Centre announced the first of three New Year’s Eve fundraisers, this first of which will ring in 2020. The night will be New York-themed, featuring food, drinks, music and party favours in the build-up to the count-down. The Centre, which provides care, employment opportunities and housing support for people in the community with developmental disabilities.

Marketing and Business Development Coordinator Kim Crockett hopes says that the fundraiser is part of a plan to raise 250 to 300,000 dollars in order to upgrade assisted living homes. Nearly half of the 130 people who receive assistance from the centre live in Bea Fisher operated homes.

“They come together like a family. They share in all the birthdays, the work, the volunteerism, the cooking. Everything that goes on in a normal home, it allows them to live that same kind of life that we’re all used to living in our own homes. And that’s the difference it’s made.”

Crockett adds that he was delighted to see several local businesses and community organizers quickly come on board. He joked that while Lloydminster has a reputation of being “last minute,” that hasn’t been the case this time around.

“One thing about Lloydminster is when it comes to volunteers stepping up to make things like this happen, we’re anything but last minute. We’ve already had a tremendous group of volunteers start to come forward, pitch in, plan and say ‘What can I do that evening?'”

Tickets go on sale for the event September 3rd and can be picked up at the Bea Fisher Centre.