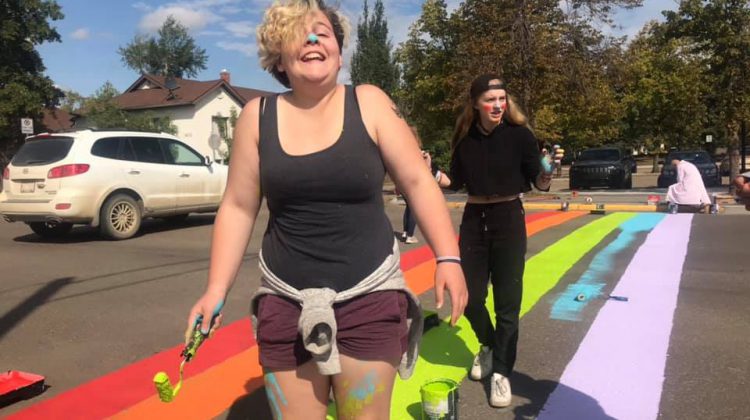 Battlefords Pride is looking to keep its friendly atmosphere for next year as the Battlefords Pride Week wrapped up. Bobbisue Thompson, president of Battlefords Pride, says they’ve received a lot of positive comments this year about their all-ages events and will continue having the events open to everyone.

The organizing committee thought of adding a beer garden to the event to attract more people but felt it would take away from the family-friendly atmosphere.

“There are a lot of LGBTQ youth that are under 19 and we’re not going to do anything that excludes them. We want to keep it very family oriented so that the youth can come out and enjoy the same as everybody else,” says Thompson.

A big draw for the Battlefords Pride Week was the family-friendly drag show on Aug. 21 which saw a packed hall at the Third Avenue United Church.

“It was beyond anything we had hoped for,” says Thompson. “It was our very first and we are definitely going to repeat it.”

Another new event was Story Time at the North Battlefords library which had a focus on Two-Spirit speakers. Thompson says the event was well attended and received feedback saying it was informative and touching to hear the personal experiences of people in the LGBTQ+ community.

The march had a smaller turnout than the previous year but Thompson hopes to get the word out sooner for next year’s Pride Week. Thompson also wants to make the march a bigger event or turn it into a parade with floats for next year.

“We’re still a small group but we ended with an amazing week-long event so I’m very pleased about that,” says Thompson.