Mannville Riverview named one of the best golf courses in Alberta 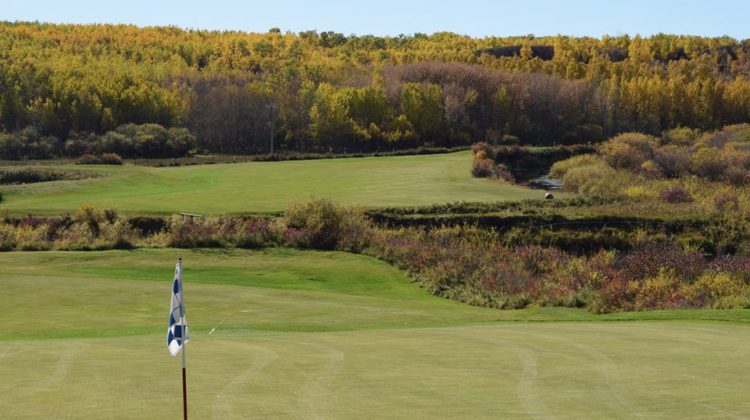 A review of the Manville Riverview Golf Course & RV Resort is bringing golfers from across the province to the course. The course was named one of the best in the province by Golf Life Alberta. The article, written by Ryan O’Neill, is part of a series finding the best nine-hole golf course in Alberta.

Manager Kent Staden says they didn’t know O’Neill was playing at the course but welcomed O’Neill’s thoughts and review.

“It’s an independent viewpoint of what our golf course plays like,” Staden says. “We were in fantastic condition this year so it was an excellent time for Ryan to come along and play the course.”

Staden says the article “is a real feather in the cap” for the greenskeepers and crew as they put in a good effort to maintain the course. According to Staden, the article had an immediate effect on visiting golfers.

“The following day that the article came out, we had people come in saying they read the article and were on their way to Saskatoon from Edmonton and wheeled it in. They were going to play nine but ended up playing 18 because they enjoyed it so much.”

The course opened on July 1, 1994, and Staden says one of the main selling points of the course is the river valley.

“We were able to keep the character of nature out here. It’s a park stuck amongst the river valley and time and time we get comments on how gorgeous it is. Our signature hole is a par three that plays a 160-yard hole that drops 60 feet in elevation. It’s an island green with the river running behind it and across in front.”

Staden says they’ve done well this summer due in part to their campground which saw an increase in campers this year. The RV resort received a top-four in Alberta award from RV West golf magazine last year and Staden says people are still camping at their site as the season winds down.