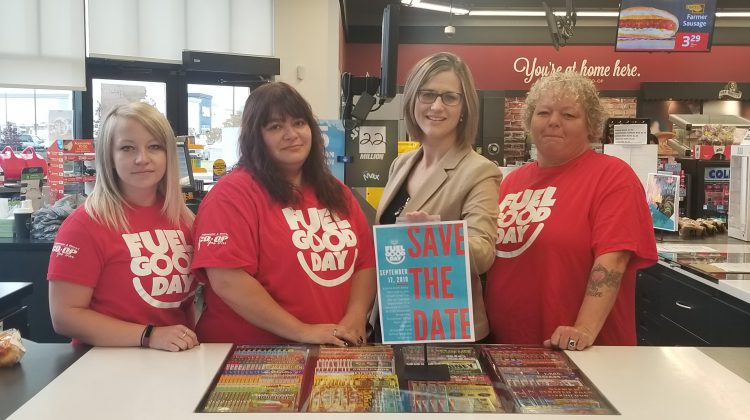 Lloydminster drivers will be fueling up to support local schools breakfast programs.

“One of the things we recognized is that we wanted to make a donation towards something that has a large impact on our community. The breakfast programming was one of those that reached a number of students and families within the community and we’re thrilled with the support we’ve had over the last two years.”

Fuel Good Day has raised over $16,000 over the past two years and Hawes says they’re hoping to match last years total of over $6,000.

“Anytime our community, certainly the community of Lloydminster and the surrounding area, has the opportunity to step up and be a part of something that benefits the entire community, especially the children in school, we see them show up time and time again.”

Rural schools from Hillmond, Paradise Hill and Paradise Valley will be hosting a charity barbecue at each gas bar. Money raised from the charity barbecues will go towards each school’s own breakfast program. Last year, schools from Neilsburg, Marsden, Kitscoty and Lashburn raised a total of $3,500 through the barbecue.