UPDATED: Cancer patients will have a renovated centre for treatment 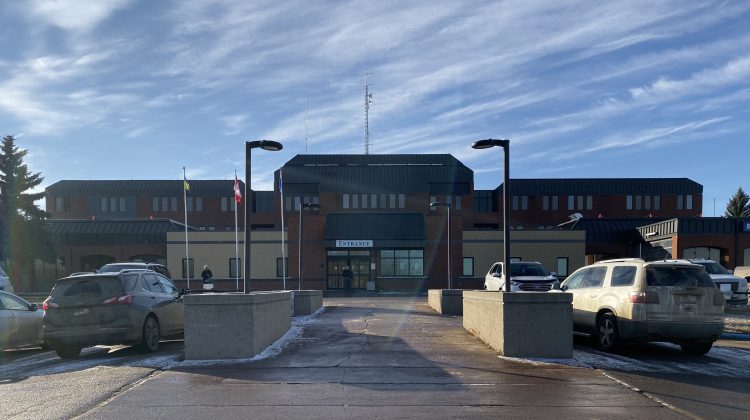 Outside of the Lloydminster Hospital. (True Lazariuk, 106.1 The Goat)

Update: Article has been updated with names of fundraisers

The Lloydminster Community Cancer Centre will be improving the experience for their patients.

“It’s a $50,000 project; all funded by foundation partnerships, $25,000 of that comes from the Alberta Cancer Foundation, (and) $25,000 will come from our local Lloydminster Region Health Foundation.”

He says the cancer centre has always been well supported by the community. The LRHF hosts two fundraising events during the year, the outdoor Cutter Rally in February and the Nicole Collins Memorial Golf Tournament in July.

“It’s not so much an expansion, but more of a revamp. That cancer centre has looked the same for the last 30 odd years, since the hospital was built, it’s time for a touch up.”

Last year, almost 100 patients visited the hospital over 1,350 times for their chemo treatments.

“One more chemo chair, a little different layout, some updated office furniture. It really goes a long way, if you can imagine yourself with the thoughts running through your mind, as you’re receiving chemo treatments. The chairs in our hospital, we want those patients as comfortable as possible,” says Radke.

The entire area will be changing, from the paint to the light fixtures and even the cabinets. Lori Worthing, Manager of the Oncology Centre, says over the years, they have added three new chairs.

“The new chairs have heat, vibration and they are just, we call them the Cadillac of chemo chairs. Patients will actually book their appointments around those chairs as they get them as opposed to the ordinary, plain old recliners.”

During this reno, a fourth chair will be added. She explains the chairs are often viewed as a safe and relaxing space. Some patients even sleep through their treatments because the chairs are comfortable.

“The first thing I did was call a staff meeting and I said, guess what. Their eyes lit up because the nurses that work up there are just very enthusiastic. A lot of them have worked for years and years in that department and they love what they do and they are very, very good at it. I gave them the opportunity to own the project.”

Worthing is excited about this new project and says the entire team had equal say and share in the new look of the centre.

“The place is fairly busy. Our closest place, that they could receive service, is either Edmonton, Bonnyville in Alberta, or Saskatoon. So, you could see how we are geographically situated in a very vital place  for people around here.”

Patients come from all around Lloydminster and she believes the patients are grateful for the centre. Patients often bring in treats for the nurses that help with their treatments.

The Lloydminster Community Cancer Centre will be renovating over the winter and will be ready by late spring.