Let Me Sleep On It to benefit Lloydminster Men’s Shelter 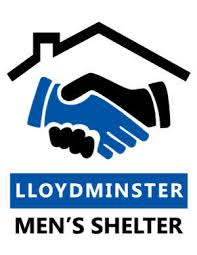 The Lloydminster Men’s Shelter is hoping for a boost from a local fundraiser.

On Sunday, November 1, the Social Action Coalition Society is hosting Let Me Sleep On It, an event that will see five local men sleep in tents on the lawn of City Hall to raise money for the shelter.

A recent report says that 168 people in Lloydminster live in inadequate housing, overcrowded housing, are couch surfing, are at risk of losing their home, or are homeless. Society treasurer Greg Jones says the numbers are staggering.

“We’ve done these counts before, and 168 is our largest number by far,” Jones said. “The previous high mark I believe is 105. And when you think of people also couch surfing – one small step away from being on the street – it’s really unnerving, and there’s not a lot in the way of services to help those people.”

Jones also says that the shelter is at capacity.

“This month, we’ve actually had to turn away some men,” Jones said. “Whenever we’re [at] capacity it’s heart-wrenching because there’s nowhere else for them to go. We’re also seeing huge need in the city for a women’s shelter, and there are a number of things with a number of different organizations happening happening on that front, however it’s only the beginning. We get women dropped off at the shelter all the time, because different places have nowhere else to take them, and they end up spending the night in our lobby because there’s nowhere else for them to go. It’s just heartbreaking.”

To donate, bring cash or checks made out to the Men’s Shelter to City Hall on the night of the fundraiser. Donations can also be made online at: https://www.canadahelps.org/en/pages/let-me-sleep-on-it/#.Vh2JGvbfBSs.facebook.