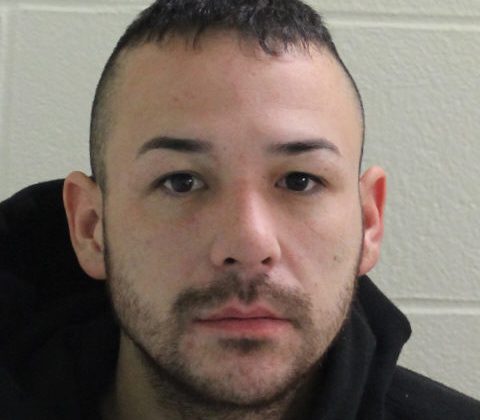 UPDATE: Lecky-Harper was found and arrested in Onion Lake.

Meadow Lake RCMP is asking for the public’s help in finding two suspects involved in a truck theft.

On January 4 at about 4:40 p.m., RCMP responded to the report of a stolen truck which was seen leaving Meadow Lake on Highway 4. The truck is described as a white Dodge flat-deck pick-up truck with a picker.

They found the truck parked on the side of the eastbound lane on Highway 304 with a trailer attached to it. Police approached the vehicle and the two men jumped in the truck and drove dangerously heading east on Highway 304. RCMP believe the trailer could have also been stolen the same day. It is a 2017 20-foot flatbed tandem trailer.

The truck was later recovered but the two men have not been found. One has been identified as 30-year-old Joshua Albin Lecky-Harper and has warrants out for his arrest. Lecky-Harper is wanted on the charges of dangerous operation of a vehicle, breaking and entering, theft of a vehicle and flight from police.

RCMP says Lecky-Harper is known to travel to Lloydminster and Onion Lake. He is described as being 5 foot 9 inches, weighing 183 pounds with brown eyes and black hair.

Police say Lecky-Harper could be dangerous and should not be approached. Anyone with information on him, the other suspect or the stolen trailer is asked to contact Meadow Lake RCMP at 306-236-2570 or Saskatchewan RCMP at 310-RCMP. Those wanting to stay anonymous can call Crime Stoppers at 1-800-222-8477.