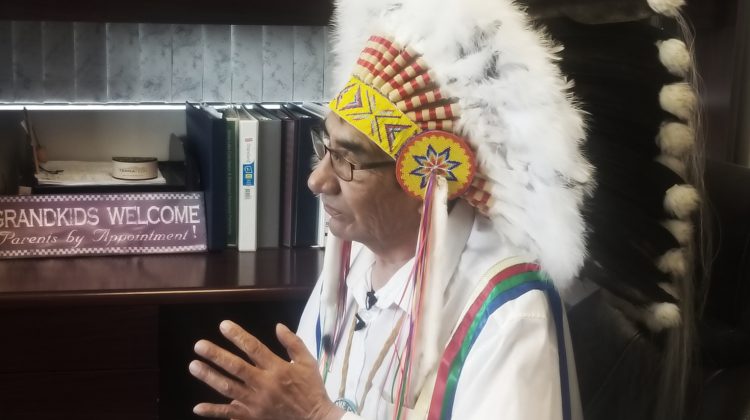 The community experienced three deaths in the past two months that OLCN believes to be gang or drug-related.

On January 21, RCMP was involved in a high-speed chase, a body was found near the community and later that same evening a stolen vehicle drove into the side of the OLCN Arena. Officials say they found what they believe to be gang-affiliated graffiti inside the vehicle.

“It came to a point where it installed a lot of fear within our band members. With the fear of anything like that happening again, now is the time to take immediate measures to address and slow down the negative impacts that are occurring because of these activities,” says Okimaw (Chief) Henry Lewis.

Lewis says their 13 RCMP staff and resources are stretched thin. He is calling on the federal and provincial governments to step in and aid the community by providing more resources to take on the issues.

“With more police presence our people will get a sense of comfort and it also sends a message to the [drug dealers] and gangs that we are doing something about it.”

The OLCN has set up a command centre to try and address as many issues and help as many people as they can. Lewis says drug addiction is another problem that Onion Lake is facing and more post-treatment addiction services are needed in the community.

“One of the biggest factors that we’re facing is a tenth of our members trying to go through rehab. What about when they finish their rehab? They come back to the same environment and it repeats itself.”

Lewis says since announcing the state of emergency some organizations have reached out to help by sending personnel. He hopes to work with the surrounding municipalities and First Nations to deal with the situation.