STARS informs Border City residents on impact to the area 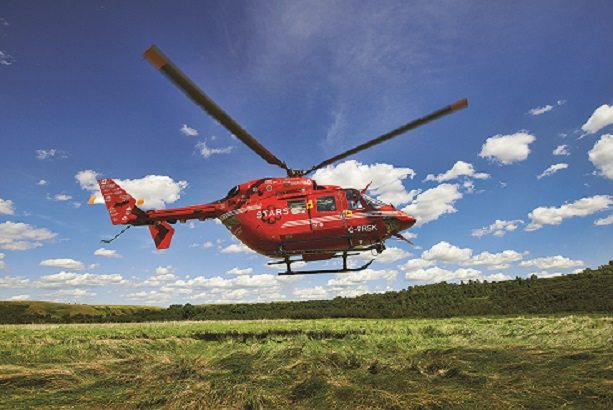 Tammy Beauregard talked to the Rotary Club of Lloydminster about the STARS organization. (Photo submitted by: Government of Saskatchewan)

Tammy Beauregard, a development officer with the Saskatchewan arm of STARS, updated members of the Rotary Club of Lloydminster on where the organization is headed in the near future.

She also updated the club with some statistics when it came to Lloydminster. In 2018, STARS had 15 missions in the Border City. The number of missions doubled to 31 in the next year.

When it comes to the new helipad, Beauregard says it helps saves time for STARS which is critical in saving lives.

“The one in Saskatoon saves about 25 minutes off of each call.”

Beauregard says the non-profit is funded slightly differently in each province. In Saskatchewan, STARS gets half of its funding through donations and the other half through the provincial government.

“The government is wonderful in keeping us in flight and keeps the helicopter going. The donations help us in the operations.”

STARS flies out of six bases: Edmonton, Calgary, Grande Prairie, Regina, Saskatoon and Winnipeg. Each base costs $10.5 million a year to run.

STARS is also updating their fleet of helicopters with 9 new Airbus H145’s at a cost of $13 million per helicopter. The new helicopters will be replacing the ageing BK117’s. In her presentation,

Beauregard mentions they are aiming to keep with the same model of helicopter at all STARS bases to increase efficiency. All pilots and mechanics will have a better understanding of the vehicle by having the same model throughout the organization.

She says they are still looking to raise $25 million more to pay off the new fleet.