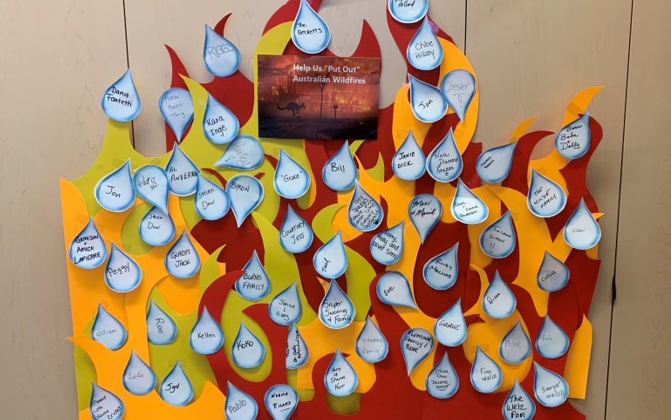 Lloydminster’s veterinarians were working late last week to help the animals down under.

Weir Veterinary Services took in appointments after regular closing hours with 50 per cent of profits made during that time aiding the Australian Veterinary Associations Benevolent Fund. The clinic raised about $4,431 to support veterinarians and animals affected by the Australian wildfires. The fund supports veterinarians impacted by the fire or who are providing care to animals affected by the fires.

Dr. Sam Gwillim says the support from the community in Lloydminster was wonderful and the fundraiser opened up the conversation to customers and community members about the wildfires in Australia.

“Not only did they bring in animals for appointments but I was blown away by how many people came in and donated money to the cause. It was absolutely brilliant.”

“Everybody that came in you could tell had so much empathy for everything that everybody in Australia is going through at the moment. It was such a heartwarming experience talking to people and there was an overwhelming sense of people feeling grateful for having a way to help out,” she adds.

“A lot of my family and friends from Australia have commented on how heartwarming and reassuring it is that people all the way across the world are not only supporting financially but also in their thoughts as well.”

At least 32 people have died due to the wildfires and over 2,700 homes were lost. Dr. Gwillim says her friends back home are doing their best to help with some becoming volunteer firefighters.

“It’s a slow process and I don’t think that it’s something they can fix overnight by any means. These are huge areas that are burning so it takes a long time to get it under control.”

Australia’s World Wildlife Federation estimates over 1.25 billion animals have been killed to date. The Australian government has also pledged $50 million for an emergency wildlife recovery program.